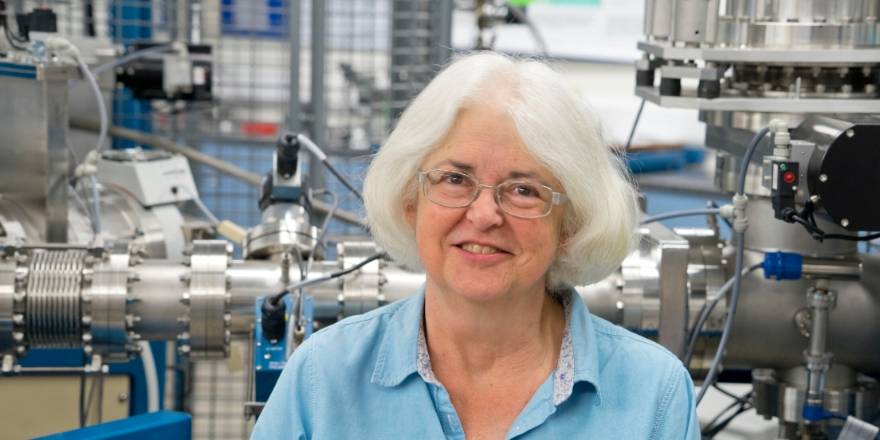 Professor Reimer's expertise is in Radiocarbon dating, determining the age of an object that contains organic material.

My area of expertise is radiocarbon dating. I have been director of the 14CHRONO Centre for Climate, the Environment and Chronology at Queen’s University Belfast since 2004. Prior to that I worked in the Quaternary Isotope Lab at the University of Washington and the Center for Accelerator Mass Spectrometry at the Lawrence Livermore National Laboratory in California.

Radiocarbon dating is a method for determining the age of an object that contains organic material using the properties of radiocarbon (14C), a radioactive isotope of carbon. Radiocarbon is constantly created in the atmosphere. It combines with atmospheric oxygen to form radioactive carbon dioxide. Plants absorb this by photosynthesis; animals acquire 14C by eating the plants. When an animal or plant dies it stops exchanging carbon with the environment, and the amount of 14C it contains begins to decrease due to radioactive decay. Measuring the amount of 14C in a sample provides information that can be used to calculate when the animal or plant died. The older the sample, the less radiocarbon it contains to be detected. At the 14CHRONO Centre we analyse a wide variety of samples from around the world, dating from the modern era to around 50,000 years ago, for both research and commercial applications.

Much of my work focuses on extending and refining the internationally ratified radiocarbon calibration curves. I chair the IntCal Working Group, which has been responsible for producing these calibration curves from independently dated material such as tree-rings and corals since 2002, although I have been closely involved with the work from 1986. The curves are used by geoscientists and archaeologists to correct radiocarbon ages in the samples they are analysing for any variability in the past of atmospheric or marine 14C. These datasets also provide information on solar variability, ocean circulation changes and geomagnetic field changes over the past 55,000 years. New, higher resolution calibration curves for the northern and southern hemispheres’ atmosphere and for the marine surface layer are due to be published in spring 2020.

In my own research I use radiocarbon in both modern and past environments: as a tracer of geochemical processes, as a key component in climate variability, and as a chronological tool. In relation to radiocarbon dating and calibration, I also research radiocarbon offsets between marine or freshwater systems and the atmosphere. These offsets (known as reservoir offsets) affect the radiocarbon ages and calibration of organisms that lived in these environments or that consumed marine or aquatic resources. Together with colleagues I provide a database of marine reservoir offsets from known-age samples for use in calibrating marine radiocarbon ages. The marine reservoir offsets also provide information about the nature of ocean upwelling and circulation changes over time. I also use carbon and nitrogen stable isotopes for past dietary reconstruction, as a way of correcting radiocarbon dates for humans and animals who may have subsisted on marine or freshwater resources.

In addition, I am involved in research combining radiocarbon and stable isotopes in understanding the source and fate of carbon in the environment, particularly whether terrestrial carbon is stored in sediments, is released back to the atmosphere, or is utilised in the food web of lakes and streams. Our laboratory has constructed equipment (called Ramped Pyrolysis equipment) to capture different thermal fractions of carbon during the heating of a test sample. These fractions are then analysed using radiocarbon and stable carbon isotopes. This allows us to better constrain the source of carbon in the sample. The Ramped Pyrolysis equipment will also allow us to understand better the processes that affect carbon storage in sediments, and to improve radiocarbon dating of marine and terrestrial sediments by separating out older components in the sediment that are resistant to decay and may represent terrestrial or geological carbon input to a system. It can also be used to separate carbon in mortar from buildings, to more accurately provide a radiocarbon date for their construction.

Note: Unfortunately superscript is not a feature of our web fonts so 14CHRONO and 14C do not appear correctly in the above text. The original text can be seen here