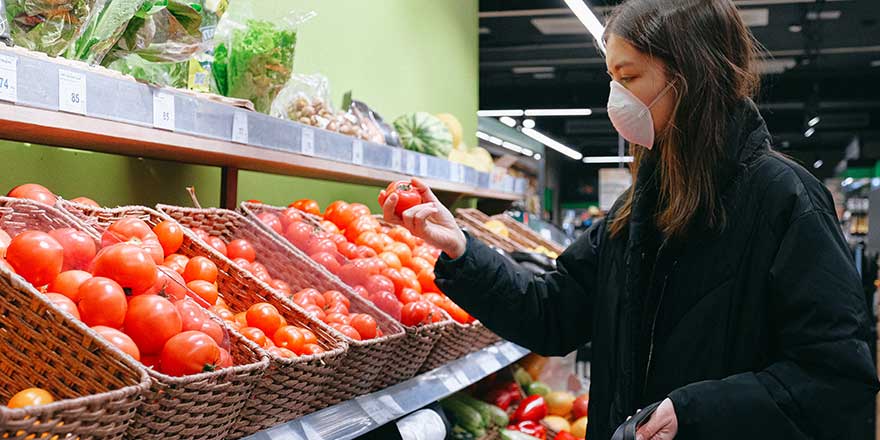 Charting an economic recovery from the coronavirus pandemic will involve difficult choices and trade-offs.  Finding the right balance between measures to kick start the economy and policies which require time to deliver results is one such choice.

The Sustainable Development Goals (SDGs) and the Paris Climate Agreement, negotiated in 2015, represented a Grand Bargain aimed at meeting mankind’s two major longer term challenges - how to feed a world population of some 10 billion by 2050 while moderating the rate of increase in global warming so that life on the planet can continue.

Building on the two agreements, interconnected policies on food, health and climate must develop synergies.  Food systems should actively encourage nutritious and healthy food and tackle the rapidly increasing overweight and obesity crisis.  To meet climate targets, the agri-food sector should reduce greenhouse gas emissions, increase its carbon sequestration through changes in land use and renewable energy generation, and promote diversification and biodiversity.  Climate policy must sustain food security through limiting the number of severe weather events leading to droughts and flooding.

But in the years since 2015, most countries are not delivering on their SDG and Paris commitments while the challenges have become more complex.
Malnutrition in its broad sense – undernutrition and obesity – has increased. A combination of conflict and climate change has pushed the number of hungry people to 821 million (about 9 per cent of world population). Overweight and obesity has grown rapidly, in almost all countries, to reach over 2 billion people.

It is ironic to take the United States, one of the world’s richest countries, as an example of the malnutrition problem.  While coronavirus has claimed the lives of over 60,000 people there, with many more losses to come, poor diet causes more than half a million deaths annually.  The prevalence of obesity in the US adult population is over 40 per cent and total healthcare expenditures, dominated by diet-related chronic health conditions, cost 18 per cent of gross domestic product.

The years 2015-19 have been the warmest on record.  To achieve the Paris Agreement goal of limiting the increase in global warming to less than 2 degrees C above pre-industrial levels, more ambitious targets need to be set and delivered.

Momentum for more decisive and urgent ambition in food, health and climate policies has been building at European and international level.

In December 2019, the EU Commission proposed the European Green Deal aiming to make Europe the first climate-neutral continent by 2050.  Central to this Green Deal will be a Biodiversity Strategy for 2030 and a Farm to Fork strategy for sustainable food.  The next iteration of Common Agricultural Policy (CAP) reform in 2021/22 will propose that 40 per cent of the CAP budget will be spent on climate actions.  A Nutrition for Growth Summit was planned for Tokyo in December 2020 but has been postponed until 2021.  A Food Systems Summit aimed at accelerating progress towards the SDGs is also planned for 2021.

The impact of coronavirus pandemic greatly magnifies the short and long term challenges.

The hunger problem will soon get worse.  The World Food Programme (WFP) has warned that an extra 265 million people are at risk of acute food insecurity. As economic lockdown proceeds the loss of formal and informal employment has increased poverty and hunger. If poor countries, with practically non-existent public health systems, are badly impacted by the virus, this problem will be exacerbated.  And all of this when the aid budgets of traditional donor countries are under serious pressure as a result of their own pandemic induced economic problems.

The longer term impact will lead to a reassessment in political priorities and in policies. More investment is necessary in planning and contingency arrangements for systemic risks, of which the coronavirus pandemic is just one.  Many countries recognise the need to invest more in public services and health systems, and to properly value the people working within them. We will see a greater emphasis on food and nutrition security, at local, national and regional level.  More attention will be focused on local production, shorter supply chains and the circular economy. The issues of sustainability and resilience in our food systems and the wider economy will become more important.

The incoming Irish government and the wider political system will have to decide on where the food/ health/climate policy agenda fits within a national recovery programme. Decisions are also required on what role Ireland wishes to play in influencing European and international policy on these issues.

The Irish agri-food sector will have a critical role in our economic recovery, as it did in the wake of the 2008 financial crash. The Agri-Food Strategy Committee started work in January on developing a strategy for the sector to 2030. Their draft report will assess the full implications of the pandemic for the sector.  A Strategic Environmental Assessment (SEA) will examine the environmental implications of the Committee’s recommendations. The draft report of the Strategy Committee and the associated SEA will be published for public consultation and approximately two months later, a final version of both will be published in the second half of the year.

Ireland played an international leadership role in finalising the SDGs and the Paris Agreement.  If the current talks on government formation can agree on that important balance between the urgent short term and the important long term policy, that experience may be relevant for many other countries.  Ireland could again influence European and international policy on issues central to the welfare of mankind and the future of the planet.

By Professor Tom Arnold
Chair of the 2030 Agri-Food Strategy Committee.

Current Opinion Series (number 3) of the RIA Climate Change and Environmental Science Committee
(Blog post content and statements are proprietary to the authors. Each author represents only themself and their own opinion.)

When did you join the RIA Climate Change and Environmental Science Committee?

What is your area of research expertise and where are you based?

During my work with Concern Worldwide, from which I retired in 2013, I was deeply involved in policy issues relating to nutrition, mainly undernutrition.  In recent years, I have been working on food systems and their wider implications, through my membership of such bodies as the Global Panel on Agriculture and Food Systems for Nutrition (GloPan) and the Global Alliance for Improved Nutrition (GAIN).

What is the single most pressing environmental issue facing Ireland?

Given our poor performance in environmental policy up until recently, we need to implement the Climate Action Plan agreed last year in a decisive and sustained manner.

In your opinion what are some of the most compelling solutions to this issue?

I am chairing the 2030 Agri-Food Strategy Committee.  My hope is that the Committee will produce in its final report clear policy proposals on how the agri-food sector can both reduce emissions and increase its contribution to carbon sequestration.

What advice do you have for individuals to tackle this environmental crisis?

Think about the realistic options as to how I, as an individual, can contribute to tackling the crisis - and then do it.