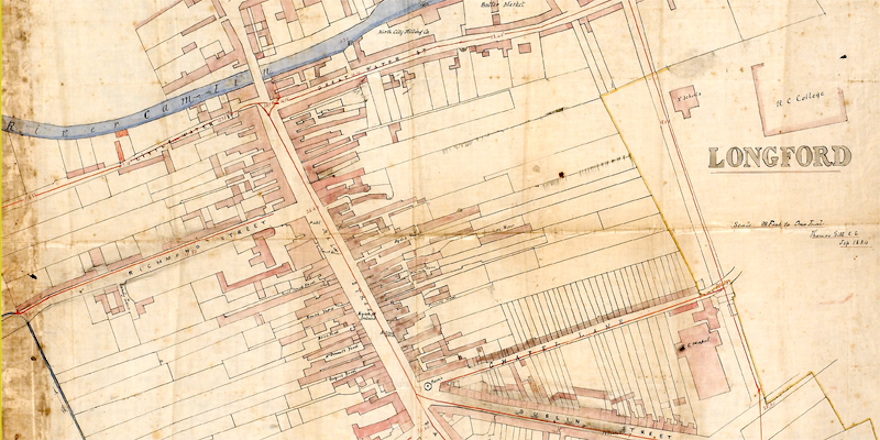 For further Lockdown Reading over the coming weeks we are revisiting the expert essays that were published along side the launch of each of the IHTA Online town types: 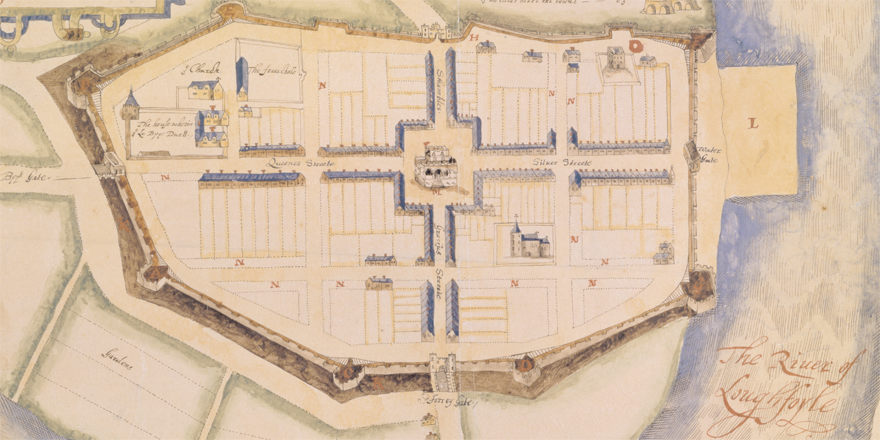 'The Plat of the city of Londonderrie', 1622 by Thomas Raven (Public Record Office Northern Ireland). It appears as Map 9 in IHTA no. 15 Derry-Londonderry by Avril Thomas (Royal Irish Academy, Dublin, 2005). Raymond Gillespie, in the fourth of the series, discusses the differnt types of towns that emerged during the early modern period to match the growth in population and the desire by the centralised power in Dublin to control Gaelic strongholds by expanding existing towns and creating new ones for settlers.

For more on the Early Modern, Plantation and Gaelic town in Ireland, see the chapter in Reading the maps by Howard Clarke and Jacinta Prunty for download here. There are some useful questions at the end of the chapter to test your knowledge from the Early Modern period.

To read the previous essay by Michael Potterton on the Anglo-Norman town click here.

To read the next essay by Colm Lennon on the Town in the Eighteenth Century click here.

Cover image: extract of 'Longford, 1884' by Thomas Gill (Longford County Library and Archive). It appears as Map 16 in IHTA no. 22 Longford by Sarah Gearty, Martin Morris and Fergus O'Ferrall.