Episode 12 in our new 'Meet the authors' video series features John Gibney, co-author, together with Michael Kennedy and Kate O'Malley, of Ireland: a voice among the nations. In this episode, John talks about the crucial role played by illustrations in his recent book and explains how one approaches such a work.

How does one approach such a work? The text is, technically, the easy part. What about the illustrations? Many historians like to talk about using different types of evidence than just the written word; images are perhaps the most obvious, and effective, alternative. Diplomacy, however, can come with a certain formality; it would probably be very easy to assemble 200 photographs of men in suits. But how interesting would that look? And would it tell the whole story? It would be useful, but would it have a broad appeal? Nobody writes a book not to be read, and we were no different.

The overall approach became the key: the subject of the book would not just be Irish diplomacy, but the wider story of how the Irish state has engaged with the world. That can, and did, bring in documents and ephemera as well as photos: identity cards, menus, official documents, formal pictures, informal pictures and much more besides. 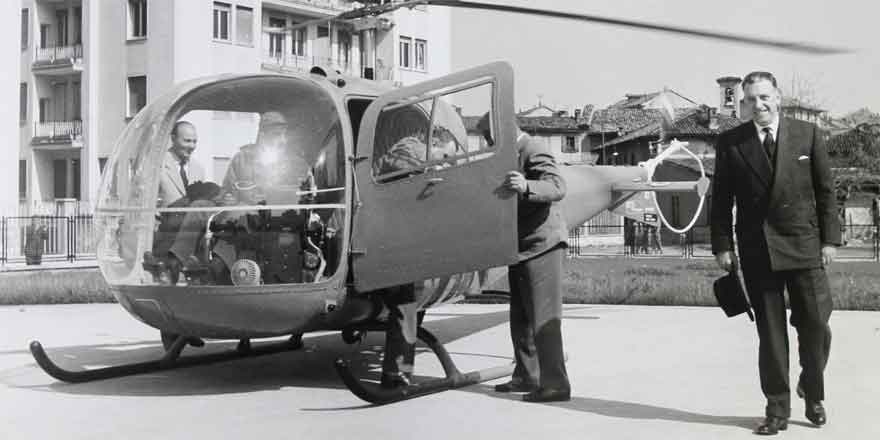 Image: Minister for Industry and Commerce Seán Lemass arrives in Milan in April 1959 to visit industrial facilities in northern Italy.

One had to discriminate when selecting illustrations: a balance had to be struck between images that were historically important, intrinsically interesting, had an appropriate geographical spread, and which even just looked too good not to include. Where did we get them? By scouring high and low through archives at home and abroad (the archivists who maintain records for posterity are the hidden heroes of such ventures). And private collections, and even family heirlooms, provided some wonderful, and unique, material.

In an ideal world, text and images will be a seamless match, but the material that historians use generally wasn’t left to posterity in the hope that historians would use it. It doesn’t always co-operate. And so in this case, text and images exist in a kind of dialogue, whereby each complements the other, but both can stand alone, with the captions stitching the text and images together while adding another layer of anecdote and analysis alongside the narrative of the main text.

If one wanted to be cheeky about it, one could argue that Ireland: A Voice Among the Nations offers two books for the price of one; a narrative account of the Irish state’s relations with the wider world over the course of a century, and a visual essay on the same topic. Readers can decide.