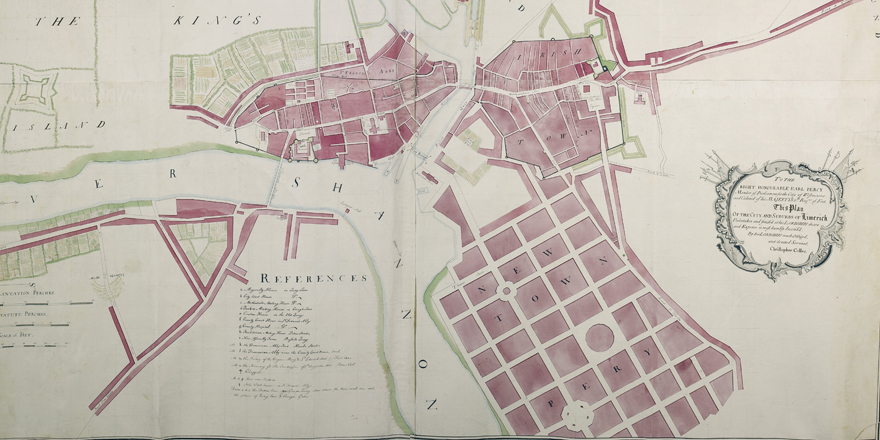 For more Lockdown Reading over the coming weeks, we are revisiting the expert essays that were published along side the launch of each of the IHTA Online town types: 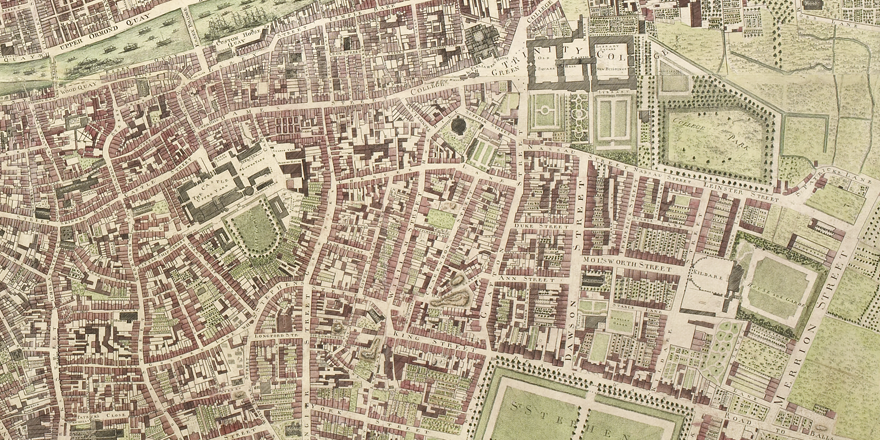 Colm Lennon examines the changes to Irish towns during the 'Age of Improvement'. Spearheaded by urban landlords and civic authorities, many towns underwent significant expansion, realignment and widening of streets or even creating a new urban focus in a 'new town' portion of the city or town. Limerick provides an excellent example of eighteenth-century development (see cover image). As Ireland's economy expanded, a considerable number of public buildings were constructed to reflect grandeur and civic pride as well as accommodate an increasing population with a political appetite.

For more on the Town in the Eighteenth Century, see the chapter in Reading the maps by Howard Clarke and Jacinta Prunty for download here. There are some useful questions at the end of the chapter to test your knowledge about eighteenth-century urban development.

To read the next essay by Jacinta Prunty on the Town in the Nineteenth Century click here.

Cover image: extract from 'Plan of the city and suburbs of Limerick', 1769 by Christopher Colles. BL, Add. MS 27391/E and appears as Map 18 in Irish Historic Towns Atlas, no. 21 Limerick by Eamon O'Flaherty.