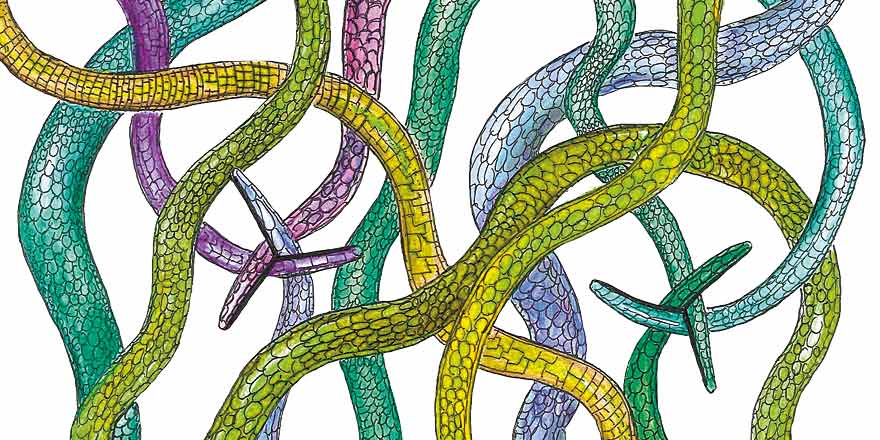 William C. Campbell is Ireland's only Nobel Prize winner for Medicine. To mark his 90th birthday we discuss his life and career and the challenges that the world faces as it battles Covid-19.

This event will be premiered on his birthday Sunday, 28 June, at 8 p.m and available at ria.ie/catchingtheworm or on the Royal Irish Academy's YouTube channel.

The discussion coincides with the release of Campbell’s memoir Catching the worm written with Claire O'Connell.

About the book:
In 2015, Dr William C. Campbell's quiet retirement changed abruptly when, at the age of 85, he won a Nobel Prize in Physiology or Medicine. In Catching The Worm, Campbell recalls his early life in Donegal and studying zoology in Trinity College Dublin, then moving to the United States to work as a parasitologist. While working with the company Merck, he helped to discover several drugs to control parasitic worms. One of those drugs, ivermectin, has spared millions of people from the devastating effects of river blindness. Through his memoir, Campbell provides a snapshot of growing up in Ireland before and during World War II, as well as insights into science, the arts, teaching, family and what really matters in life.

Catching the worm is published by the Royal Irish Academy in partnership with the RDS.

About the speakers:
Dr William C. Campbell is a biologist and Nobel laureate. From Ramelton, County Donegal, Ireland, he played roles in the discovery and development of several new treatments against parasitic worms. He is an honorary member of the Royal Irish Academy. In 2002, he was elected to the US National Academy of Sciences and in 2015, he shared one half of the Nobel Prize in Physiology or Medicine with Professor Satoshi Omura 'for their discoveries concerning a novel therapy against infections caused by roundworm parasites'. Bill lives in North Andover with his wife, Mary. They have three children and five grandchildren.

Luke O’Neill is Professor of Biochemistry in the School of Biochemistry and Immunology, at Trinity College Dublin, Ireland. He is a world expert on innate immunity and inflammation. He is listed by Thompson Reuters / Clarivates in the top 1% of immunologists in the world, based on citations per paper. Professor O'Neill is co-founder of Inflazome and Sitryx, which aim to develop new medicines for inflammatory diseases.He was awarded the Royal Dublin Society / Irish Times Boyle Medal for scientific excellence, the Royal Irish Academy Gold Medal for Life Sciences, The Society for Leukocyte Biology (SLB) Dolph O. Adams award, the European Federation of Immunology Societies Medal and in 2018 the Milstein Award of the International Cytokine and Interferon Society. He is a member of the Royal Irish Academy, EMBO (European Molecular Biology Organisation) and a Fellow of the Royal Society. Luke also has a passion for communicating science to the public. He has a weekly radio slot on the Pat Kenny show on Newstalk. In 2018 he published with Gill the best-selling Humanology: a scientist’s guide to our amazing existence. In 2019 he published, also with Gill, The Great Irish Science Book, a Science book for 10-12 year olds.