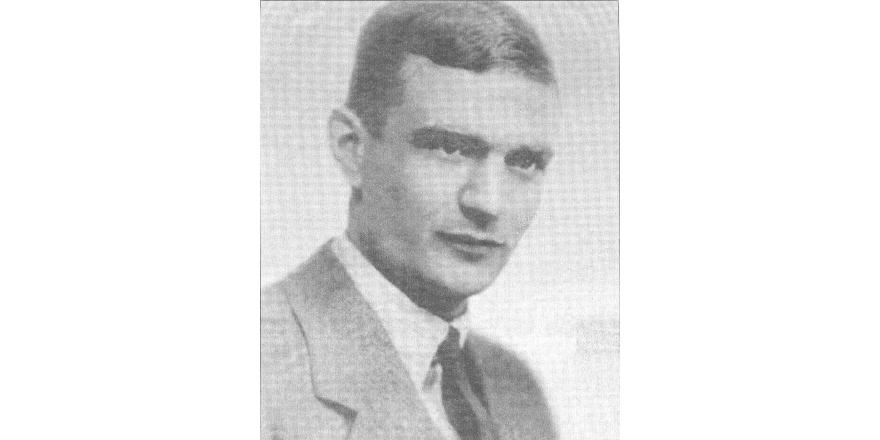 Gwynn, Arthur Montagu (1908–2008), medical doctor, naturalist, explorer and editor, was born 5 August 1908 in the family home, St Dymphna's, Clontarf, Dublin, second eldest of three sons and two daughters of Edward John Gwynn, Celticist and university lecturer who became provost of TCD, and his wife Olive Mary (née Ponsonby). Born into one of Ireland's foremost scholarly and literary dynasties (Stephen Lucius Gwynn was his paternal uncle and Aubrey Gwynn a cousin), he was educated by a Swiss governess at home, who taught him French and German. He attended Ballymount School, Sutton, and St Columba's College, Rathfarnham (where his family had strong links; his grandfather John Gwynn, cleric and scholar, had been warden there). He was in Switzerland at the outbreak of the first world war and remembered the mustering of citizen militias; later he was in Dublin when the 1916 rising erupted and while aboard a tram heard bullets whizzing past.

Deeply interested in nature and ornithology since childhood, he published a paper ('Localities for Ino statices and Dasychira pudibunda') in the Irish Naturalists' Journal (INJ) in 1924, and entered TCD in 1926. Elected a scholar (1930), he graduated from TCD with a first in natural sciences (botany, geology and zoology) in 1930. He then commenced postgraduate studies at Cambridge (deploying the fruits of being a TCD scholar) where, interested in the Soviet Union, he mingled in left-wing circles for a time (his family later wondered had he been caught up in the spy ring surrounding the Cambridge Apostles).

Gwynn completed his diploma in tropical agriculture at the Imperial College of Tropical Agriculture in Trinidad (1931–2), specialising in botany and researching the diseases of the pawpaw (papaya) tree. He worked for four years with the British Colonial Office as a tropical agricultural entomologist in northern Nigeria and Chad (spending seventeen months there in the early 1930s) and later Uganda, specialising in tracking locust swarms. This resulted in his co-writing a 1939 paper, with F. D. Golding, 'Notes on the vegetation of the Nigerian shore of Lake Chad'. He published 'Some further records for Irish Lepidoptera' in the INJ (March 1943), and co-wrote papers with Arthur Stelfox in the Proceedings of the Royal Irish Academy, Section B, volumes 46 and 47, regarding caves they explored in Keshcorran, Co. Sligo, and Castletownroche, Co. Cork.

After travelling up the Nile, Gwynn commenced medical studies at the University of Aberdeen, graduating MB and B.Ch. (1942); his leisure time was spent climbing in the Scottish highlands. Having trained for a year as a junior doctor, he enlisted in the RAMC (1943). Promoted to lieutenant in January 1943, he served with valour in the second battalion of the Rifle Brigade during the 1944–5 Italian campaign at Montecassino, Castelfranco and later Tossignano, and was promoted to captain and awarded the military cross (December 1945). His retrieval of a stranded soldier and separately capturing valuable German orders saw him mentioned in dispatches. Spending time after the end of the war mountain climbing along the Italian–Slovenian border, Gwynn was demobbed in 1946 and returned to Britain to work in various hospitals.

Bored with medicine, he set off in 1948 intending to mountain-climb in New Zealand, serving as a ship's doctor en route to Australia with the Blue Funnel Line. He visited a medical friend in Melbourne and, having fatefully plucked a discarded copy of an Australian medical journal from a wastebasket, responded to an advert for a medical officer to accompany a meteorological research mission to Macquarie Island. Sailing from Melbourne in March 1949, Gwynn served as officer-in-charge and medical officer to the 1949 Macquarie Island expedition of the Australian National Antarctic Research Expeditions (ANARE). Situated at the mid-point between New Zealand and Antarctica in the south-west Pacific Ocean, Macquarie was the recently established ANARE headquarter station for expeditions; there Gwynn encountered elephant seal bulls (weighing up to four tonnes), the royal penguin, and a multitude of other animal and plant species. Prone to earthquakes, Macquarie is the only known area in the Pacific where sea floor rocks are exposed above sea level. (It is part of the Australian state of Tasmania (where Gwynn's great-great-grandfather William Smith O'Brien was transported in 1849).)

Gwynn had intended to return to Britain, but in July 1950 he hurriedly joined the Heard Island expedition (travelling on HMAS Australia, the Australian navy's flagship) as medical officer and biologist. The doctor serving on a Russian research mission having taken ill with acute appendicitis, Gwynn was required to operate in primitive conditions upon his arrival. Heard is a volcanic outcrop situated two-thirds of the way from Madagascar to Antarctica on a plateau in the Indian Ocean, and provided Gwynn with a rich variety of ornithological life to observe. Returning to the UK, he was attached to the Scott Polar Research Institute in the University of Cambridge (1952), writing up his Antarctic ornithological and entomological research. After working as hospital radiologist in Bristol and as a GP in the Shetland Islands, he returned to serve as medical officer on Heard Island in 1953.

The ANARE stations at Heard and Macquarie having been consolidated, Gwynn and a few others joined an expedition en route to Antarctica in January 1954. This expedition would establish an ANARE research station on the Antarctic mainland in Mac.Robertson Land, naming it Mawson. A photograph of Gwynn and two others raising the Australian flag in the Law Cairn near the Vestfold Hills on 3 March 1954 formed the basis of a subsequently issued two-shilling Australian postal stamp. His mother proudly carried a copy of this stamp around with her in Dublin, and he became know as the 'man on the stamp' to his younger cousins.

Gwynn served as replacement medical officer and biologist for the 1955 Macquarie Island expedition. Mount Gwynn (Macquarie Island) and Gwynn Bay (adjacent to where the flag was raised on Mac.Robertson Land) are both named after him. These captivating experiences on some of the remotest outcrops on earth resulted in Gwynn's writing a number of scientific studies on the flora and fauna he encountered in the ANARE Reports series and also in the Polar Record. Gwynn later recounted how on one occasion (on Macquarie Island) he had to stitch himself up after being bitten by an elephant seal. He was co-author of The birds of Heard Island (1959).

After working at hospitals in Canberra and Perth, he returned to Melbourne in 1956 and married Pat Howard, a biologist with ANARE, from sheep-farming stock near Dunolly, New South Wales. Both decamped for a few years to Thursday Island, off the northern tip of Queensland. Having returned to Sydney to raise their family, Gwynn joined the Medical Journal of Australia in 1958, serving as deputy editor, and for a year as editor, before his retirement in 1978. Gwynn was from 1962 editor of the Australian Bird Bander, journal of the Bird Banders Association of Australia (later the Australian Bird Study Association), set up to promote best practice in banding (tagging) birds across Australia and to assess migratory patterns and species activity. Gwynn remained active in the association for the rest of his life, served as its chairman (1970–71) and president (1971–2), and regularly published notices in the Bander and papers in Corella, the association's formal journal.

Gwynn became an administrator in the Murray health region (1978–85), based in Albury on the border between New South Wales and Victoria. Retiring fully in 1985, he returned to Sydney, where he continued to occupy himself with hillwalking and ornithology. He made his last visit to Ireland in 2002, depositing his Ichneumon collection and a penguin's egg in the natural history section of the NMI. Quiet and self-effacing, Gwynn lived a full life, described by one of his granddaughters as 'having a gun under his bed, a bullet hole in his arm and crocodile skins under his stairs' (Age, 17 April 2008). He died 31 January 2008 of cardiac arrest at Sydney Adventist Hospital, survived by his son and two daughters; Pat predeceased him in 1999.