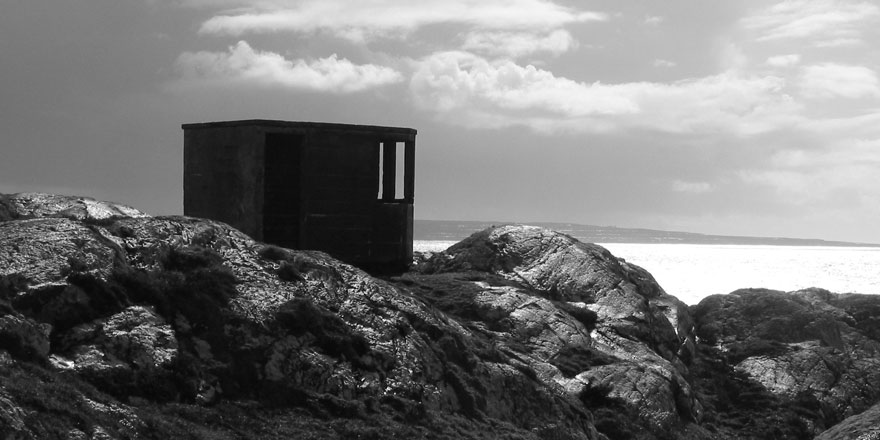 Explore the history of Second World War Irish foreign policy for Heritage Week. In this piece, originally published in 2020, Dr Michael Kennedy, Executive Editor of the RIA’s Documents on Irish Foreign Policy series explores online resources for a chapter of Ireland’s Second World War which is still visible along the Irish coast.

For Heritage Week, explore an 80- year-old glimpse into Ireland’s Second World War foreign policy that lies waiting to be discovered around the Irish coast.

Ireland was neutral in the Second World War. Yet, as the Royal Irish Academy’s Documents on Irish Foreign policy series shows the conflict was very close to Ireland. The Battle of the Atlantic, the longest campaign in the war, took place off our coast and in our skies.

Neutrality had to be protected. To keep watch over our island’s almost undefended coastline the Defence Forces established a network of eighty-three interconnected lookout posts (LOPs) in September 1939. They were manned by the soldiers of the Marine and Coast Watching Service – the Coastwatchers. 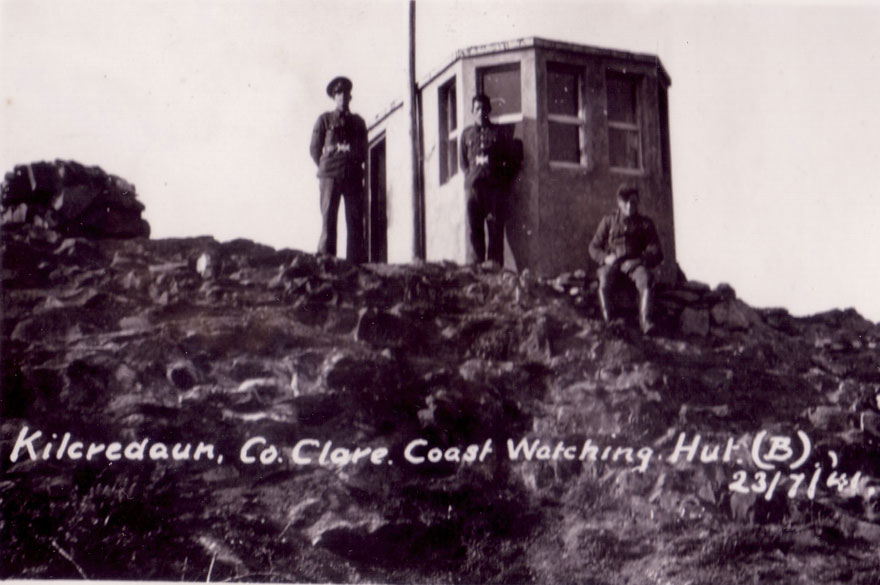 The Coastwatchers had every mile of coast under observation. They were prepared to provide an early warning if an anticipated invasion should occur. On many headlands, the ruins of their posts can still be found. The size of garden sheds, with large windows looking seaward, they were manned 24 hours, seven days a week, for the duration of the war. 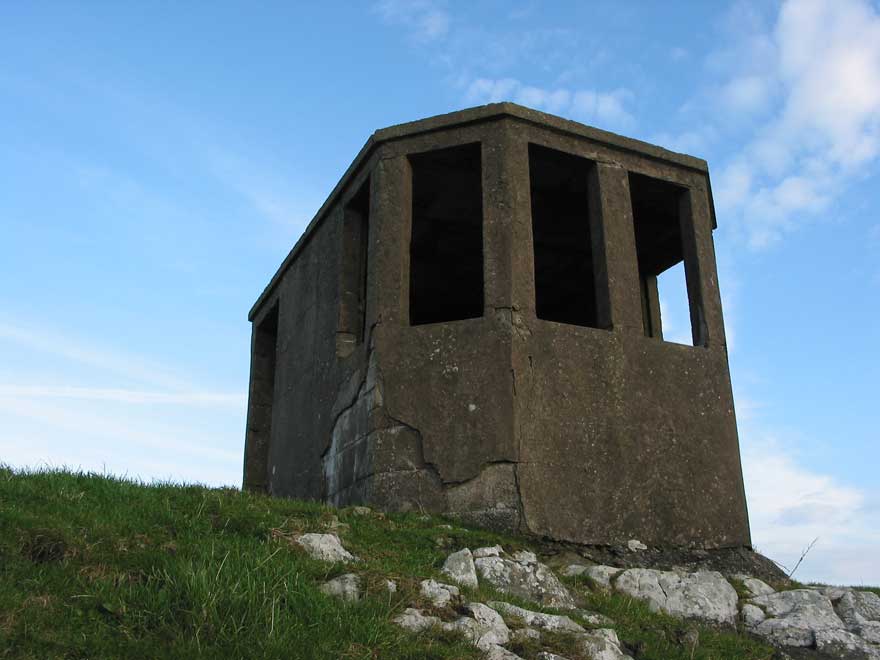 Artist Tim Schmelzer has reimagined these LOPs as a coastal art project. The results are spell-binding. They can be found here on www.lookoutpost.com.

The Coastwatchers were in constant phone contact with Defence Forces headquarters. They reported anything suspicious or unusual. They noted these events in special logbooks. These logbooks are held in Military Archives at Cathal Brugha Barracks in Dublin. A selection of them are available online. They are free to access on the Military Archives website. You can find your nearest Look Out Post on the website and download a sample logbook to read.

There is also a guide on the website on how to interpret these logbooks.

They are perfect for a Leaving Cert History project, for a Geography field trip, for genealogy - as they contain names of coastwatchers - and of course for local history of the Second World War. LOPs are also important assets for the study of 20th century Irish architecture and of Second World War archaeology in Ireland.

In the logbooks you will find records of the Second World War as it happened around Ireland. Air Corps aircraft on coastal patrols, United States Air Force B-17 ‘Flying Fortresses’ on transatlantic flights; Luftwaffe ‘Condor’ bombers seeking out Allied convoys to attack; sightings of troopships, convoys and destroyers, submarines – Allied and Axis, lifeboats coming shore, and, most tragically, the discovery of the bodies of the dead of war washed up on Ireland’s shores.

If you read a logbook while imagining where the events they record took place the history on each logbook’s pages comes vividly alive and you are transported back to the Second World War. 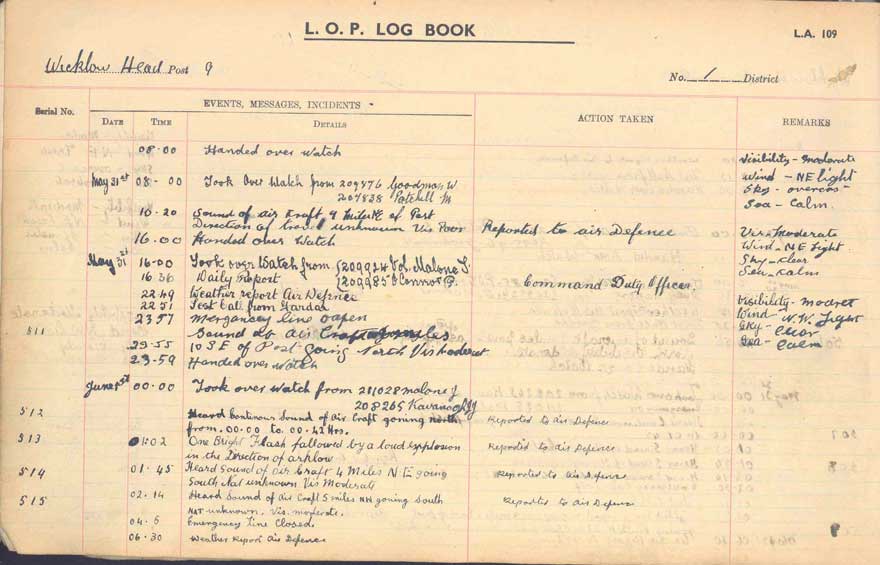 (3) Two pages from Wicklow Head LOP recording the events of the night of 30-31 May 1941: the North Strand Bombing (Courtesy of Military Archives) 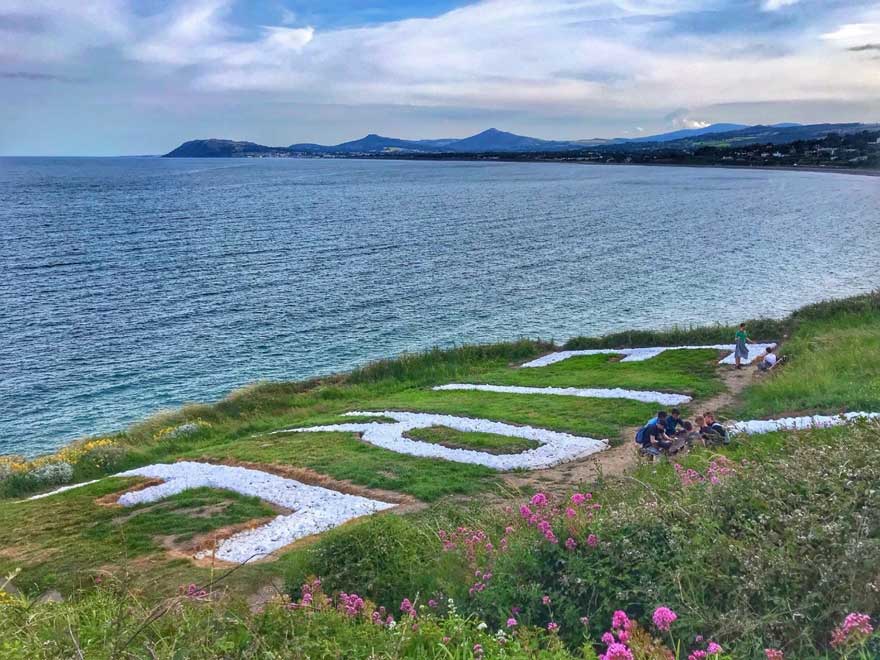 Perhaps the most well-known legacy of the Coast Watching Service is the series of massive white stone ‘ÉIRE’ aerial marker signs constructed near each LOP in the final years of the war.

These signs told Allied aircraft where they were. Irish neutrality was used imaginatively here: it was better to enable a lost Allied aircraft to leave Irish territory than crash land on it. It re-imagined neutrality further in that only Allied airmen had the special numbered maps showing where each Éire sign was located. Official policy was that Allied aircraft passing over Ireland were on ‘training missions’ whereas Luftwaffe aircraft were on combat missions. Details of aircraft that crash-landed in Ireland can be found here on Dennis Burke’s website. 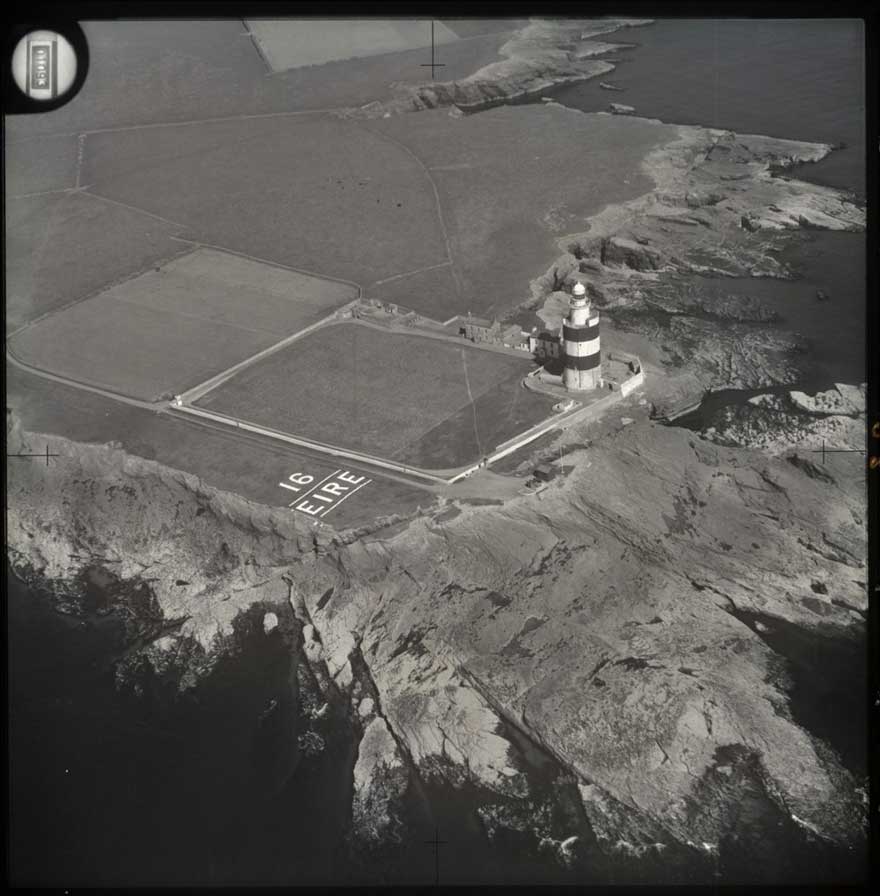 Treasa Lynch’s wonderful Eiremarkings website lists those ‘Éire signs’ that remain. In recent years many have been restored and are now tourist attractions such as the sign at Hawk Cliff in Dalkey.

The Coastwatchers were Ireland’s wartime eyes and ears. Men who lived in communities on the coastline they guarded. They knew the coast and they knew the sea like the backs of their hands. They knew their reports went ‘up the line’, but perhaps not to where.

In fact, Coastwatchers reports went right to the heart of wartime Irish foreign policy – the diplomatic and political battlefield of wartime British-Irish relations. Here they are mentioned in one of the most significant documents of Second World War Irish foreign policy – a memorandum from the Department of External Affairs in Dublin listing help given to Britain during the war.

With our own www.difp.ie website and with Google Earth, Google Maps, the Ordnance Survey’s Geohive map viewer, and with the wonderful websites listed above you can visit the coast of Ireland and explore the history of Ireland and the Second World War through original documents from the archives of the Department of External Affairs and the Defence Forces without leaving your own home. And this might be the safest bet in these times of pandemic.

If you do venture to the coast do not trespass on private property and to not take chances – most LOPs and Éire signs have been abandoned since 1945 and LOPs are not safe to climb on.

You can read more about the Coast Watching Service in Michael’s book Guarding Neutral Ireland: the coast watching service and military intelligence 1939-1945 (Dublin, 2008) and in this online article on Ireland and the Battle of the Atlantic.