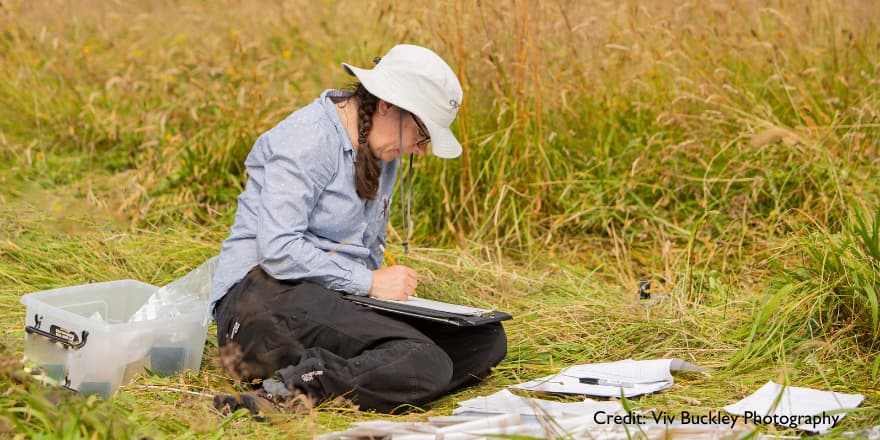 Professor Buckley's research deals with the ups and downs of populations as a population ecologist, looking at the natural world through a lens of numbers.

My research deals with the ups and downs of populations. I am a population ecologist, which means I look at the natural world through a lens of numbers.

We are surrounded by millions of populations: of animals, plants, fungi and micro-organisms, all growing, reproducing and dying at different rates. It is relatively easy to monitor the ups and downs of human populations through censuses—literally counting all individuals and characterising them in different ways. It is also straightforward to run demographic models to determine, for example, how many people of pensionable age our society will need to support in 10 or 20 years’ time. What can be very challenging, however, is monitoring the ups and downs of tiny insect populations, or clonal plants, when it is difficult to tell even what an individual countable unit is. But, it is the growth or decline of the many lives that surround us humans that determines the ability of us all to live on our planet.

The earliest piece of independent research I attempted was to put some flies in a jar to see how long they would live. My mother quickly put a stop to this barbaric proto-ecology and diverted my attentions to something more suitable for an 8- or 9-year-old to be up to. Since then I have personally counted white-headed ducks in Anatolia, ribwort plantain in Ireland, St John’s wort in Australia, pines in New Zealand and jatropha trees in Mexico. Counting is useful and necessary, but it can be surprisingly difficult and arduous. It turns out that ducks are hard to count when you have to count up as well as down due to hunters picking them off from the other side of the lake. A commitment to duck counting is also difficult to maintain when the rifle is pointed at you rather than the ducks.

What really excites me, however, is using the hard-won data to determine what happens to populations under different scenarios or conditions. Most of my work is spent in front of a computer, making sense of the thousands of data points of demographic transitions that populations go through in order to persist through multiple generations.

These days we are increasingly familiar with the R0 (R nought) of epidemiology: it is a number that has determined how far we can venture outside our houses; whether and where we can shop; and how crowded our hospitals are likely to be. In epidemiology, R0 is the number of new cases of a disease likely to result from one infection. In population biology it is the number that tells you whether you have an increasing population (R0 > 1) or a decreasing population (R0 < 1). When you work on problematic pest species or species that are in danger of extinction, R0 is a critical piece of information that can tell you whether your pest control or conservation actions are working or not.

My research group uses models to discover how population growth or decline is affected by the underlying individual growth rates, reproduction rates and mortality rates of populations. We use this information to determine which members of the population to target for management actions to raise or lower R0 to a desirable level, or to determine which kinds of populations and species might be most vulnerable to pressures such as climate change. Right now we are working on a global population model of how a common grassland species, ribwort plantain, responds to different environmental conditions from the subtropics to the subarctic. We are also working on what conditions enable flamingo populations in captivity to breed, and how characteristics of different species of plants determine their life history.

There’s no doubt that biodiversity right across the planet is under threat from multiple pressures, and my research is highly motivated by how we can improve the state of biodiversity so that it can continue to support human survival and wellbeing.