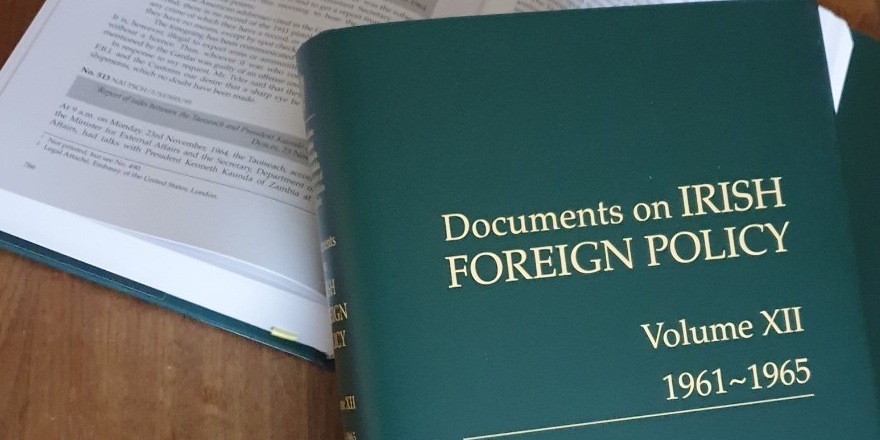 In March 1965 the Irish diplomat Paul Keating wrote that a report he had composed might be published ‘perhaps in 50 years or so’. The document in question was his eyewitness account of the exhumation of the remains of the executed 1916 leader Roger Casement from London’s Pentonville Prison. Keating’s report is published, 55 rather than 50 years later, in Documents on Irish Foreign Policy Volume XII, 1961-1965, now available from the Royal Irish Academy.

The volume was officially launched by MInister for Foreign Affairs and Defence, Simon Coveney TD, with the release of this short film, using contemporary footage and photographs to highlight the contents of the volume.

Documents on Irish Foreign Policy (DIFP) is a partnership between the Department of Foreign Affairs, the Royal Irish Academy and the National Archives. In 1998 DIFP published its first volume of official archival material relating to Ireland’s foreign relations since 1919 and now, with the publication of Volume XII, has reached 1965. The DIFP series is unique in publishing primary sources for Irish history in the post-war period.

The new volume covers the lifetime of the 10th government (October 1961 to April 1965), when Fianna Fáil were in power under Seán Lemass, whose key foreign policy objective was to secure early Irish membership of the European Economic Community. The slow and painstaking attempt to achieve that goal is a dominant theme in DIFP XII.

The volume also includes documents on the June 1963 visit of President John F. Kennedy to Ireland, on early steps taken to create Ireland’s development aid policy, and the opening of Irish missions in Nigeria and India, and even on how Ireland would respond to the outbreak of a third world war. In December 1961 Ireland championed the passage through the UN General Assembly of a ground-breaking resolution promoting nuclear non-proliferation. In 1962 Ireland sat on the UN Security Council for the first time, a term that coincided with the Cuban Missile crisis, which also features here. And in 1964 the Irish Defence Forces joined the first units of UN peacekeepers deployed to Cyprus, following the end of their difficult, if more well known, deployment to Congo. 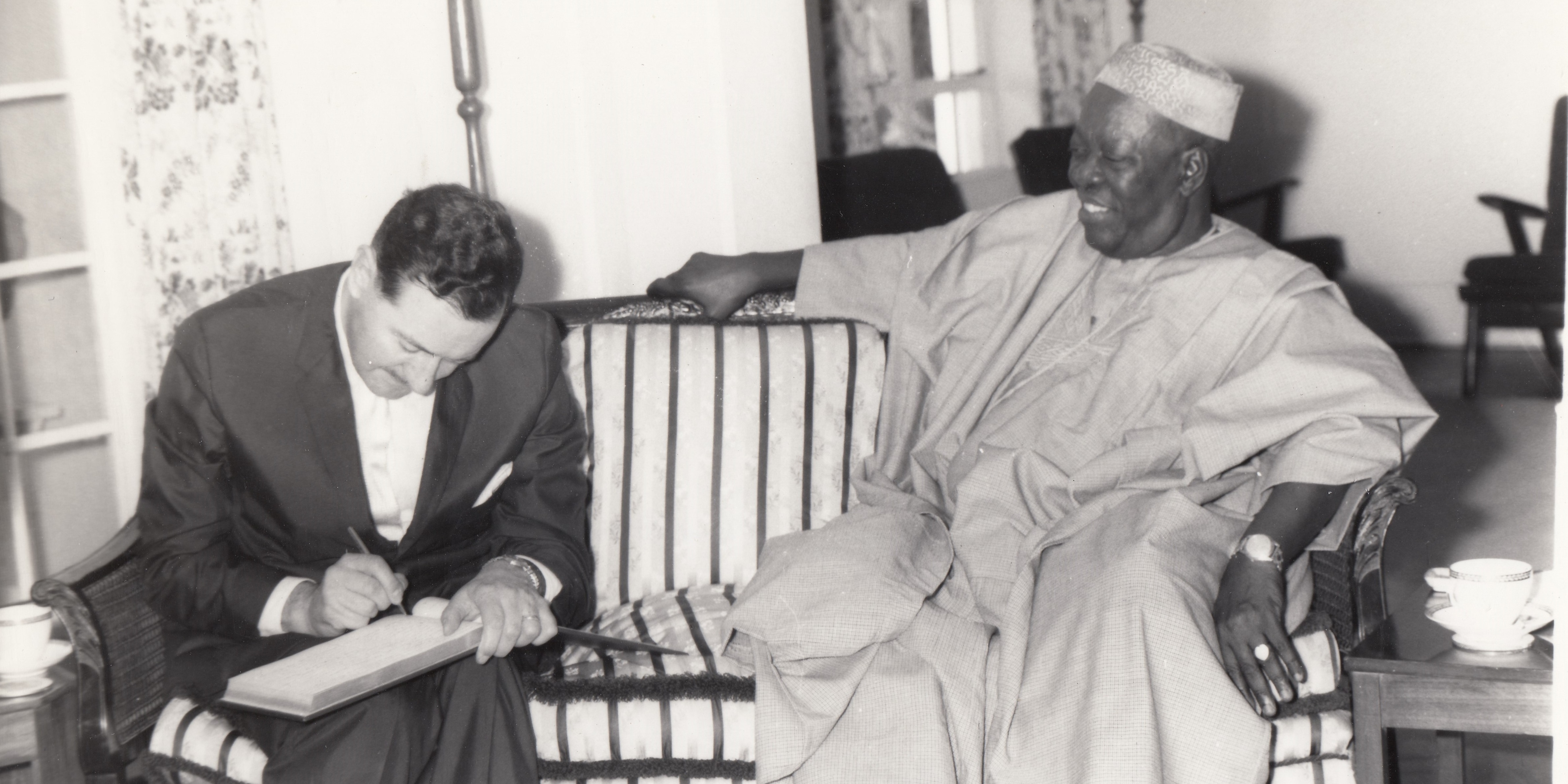 Irish ambassador to Nigeria Eamonn Kennedy pays an official call on H.E. Sir Adesoji Aderemi, governor of Nigeria’s Western Region, 17 January 1962. Reproduced by permission of the Director of the National Archives of Ireland.

Alongside these are documents on subjects as diverse as race relations in the United States, the Irish diaspora, IRA gun-running, espionage and the Cold War, pen portraits of figures like Lyndon Johnson and Charles de Gaulle, and even a report on the perils of pirate radio stations. Changes in Anglo-Irish relations also feature, with a sequence of documents on the repatriation of the remains of Roger Casement that culminates in the eyewitness report mentioned above.

And as the period covered by this volume drew to a close, another development comes into view as Lemass and Prime Minister of Northern Ireland, Terence O’Neill, met in early 1965 to seek common ground between Dublin and Belfast. In their meetings there was little sign of the mounting pressures in Northern Ireland which were soon to place immense strain on these new directions; a theme that will loom large in future volumes of the DIFP series.

The Trinity Long Room Hub recently hosted a webinar on Vol. XII with a range of academics and former diplomats; listen to the full recording here. In addition, this collaborative online piece between DIFP and RTÉ Archives gives a flavour of the contents of the volume, and The Irish Times has reported on some of the documents relating to the exhumation of Roger Casement and Ireland’s attempts to join the EEC. DIFP staff have also contributed a short series of articles based on the volume to RTÉ’s Brainstorm platform, on the repatriation of Roger Casement, on why it matters to Anglo-Irish relations that Guinness might become a food instead of a beer, on how Ireland was affected by the Cold War between the superpowers, and how Irish diplomats viewed the US in the 1960s. The volume was also the subject of a special edition of RTÉ's Brexit Republic podcast.