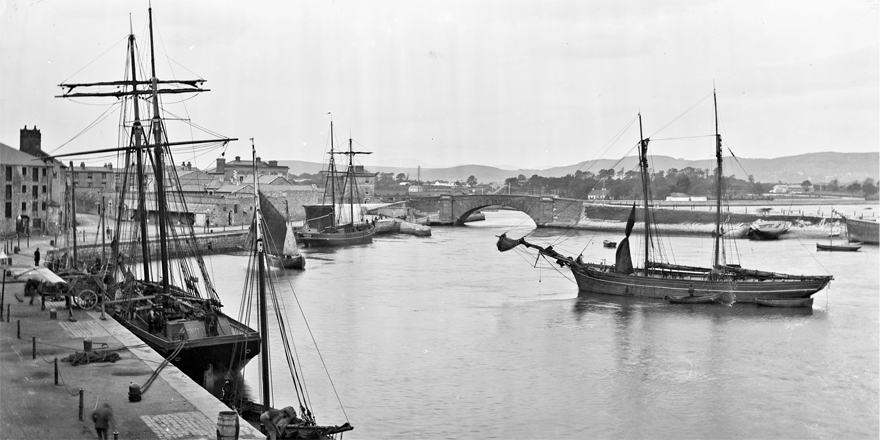 Dungarvan released with lecture and interview

To celebrate the release of Irish Historic Towns Atlas no. 30, Dungarvan/Dún Garbhán by John Martin, a lecture and interview was held online on Thursday 3 December 2020.

Over 200 people registered for John Martin's lecture on the history of Dungarvan and the interview where William Fraher of the Waterford County Museum asked John about the process of researching the atlas and what resources and repositories were used. Proceedings were opened by Mayor Councillor Damien Geoghegan. Speaking about the atlas, Mayor Geoghegan stated:

‘As Mayor of Waterford I am delighted to see the release of the Irish Historic Towns Atlas of Dungarvan and being a native of the town itself it gives me even greater pleasure to see this project come to fruition. I wish to commend its author John Martin, and all who worked on this project with the Royal Irish Academy, and I know it has taken 10 years of painstaking research by John — it will be wonderful to now have the Atlas in print, in addition to the interactive map that was launched during Heritage Week, on the great town that is Dungarvan. I have no doubt, but it will serve as an extremely-useful tool in education and research and will assist those seeking to learn more about their own heritage as well as visitors to Dungarvan.’

‘As President of the Royal Irish Academy, I welcome the publication of Dungarvan as no. 30 in our Irish Historic Towns Atlas series and congratulate author John Martin. With its own unique heritage, this work on Dungarvan will broaden our understanding of urban life here in Ireland and also internationally, where Dungarvan may now be compared with over 560 other towns covered by the European Historic Towns Atlas scheme.’ 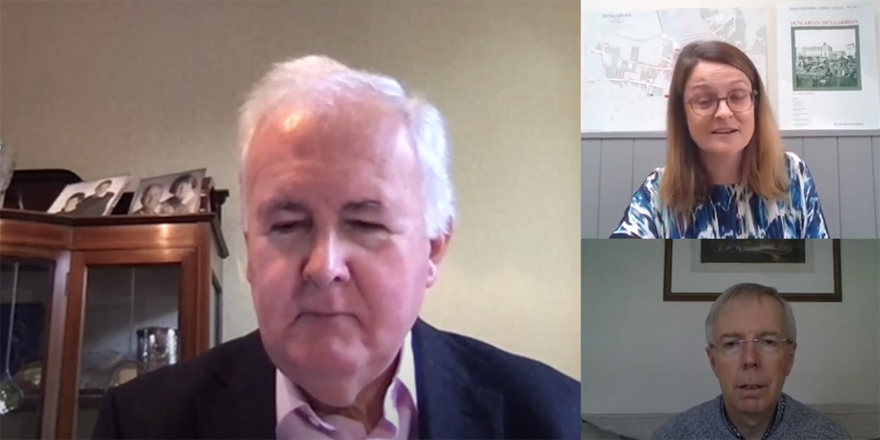 A still from the interview

John commenced research on the atlas in 2012 and has been helped along the way by many, including William Fraher, Bernadette Guest, Joanne Rothwell, Dave Pollock, Prionnsias Breathnach, Sr Gertrude Howley, Frank and John Daly to name a few in Dungarvan people, along with David Kelly from Youghal and author of IHTA no. 27, Youghal (2015). John also thanked staff from other repositories such as the National Library of Ireland, National Archives of Ireland, the Royal Irish Academy Library, Representative Church Body Library, Valuation office, University College Cork Library in gathering source material for Dungarvan and Chatsworth House for access to the Devonshire estate papers.

Irish Historic Towns Atlas no. 30, Dungarvan/Dún Garbhán by John Martin is published by the Royal Irish Academy with support from Waterford City and County Council and in association with Ordnance Survey Ireland. It is available to buy online here for €30.

A review can be found in the Dungarvan Observer here.

The Digital Atlas of Dungarvan, that draws on information contained within the printed edition is available to search here.