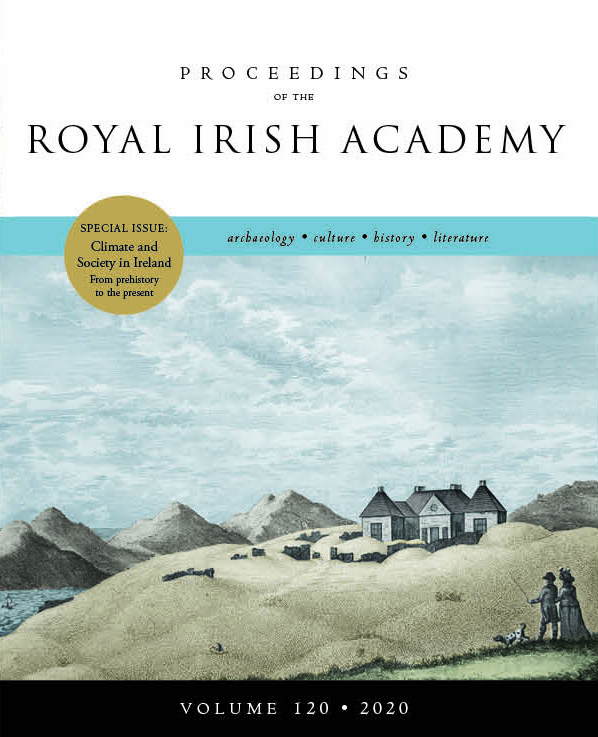 4. A question of scale? A review of interpretations of Irish peatland archaeology in relation to Holocene environmental and climate change (pp. 51-81)
Phil Stastney

10. Climate, weather and society in Ireland in the long eighteenth century: the experience of the later phases of the Little Ice Age (pp. 273-324)
James Kelly

14. Climate and society in modern Ireland: past and future vulnerabilities (pp. 391-409)
John Sweeney