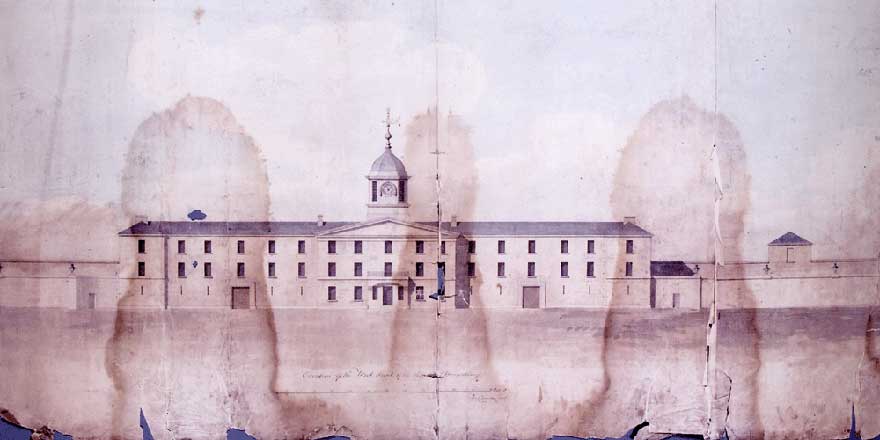 This pairing in our Grangegorman Lives series demonstrate how different lives can intersect and impact one another. The lives of Thomas Lambert Synnott and Margaret Louisa Aylward, both born in 1810, intersect in Grangegorman in 1860-1.

Thomas Lambert Synnott (1810-1897) was a Dublin native and supporter of Daniel O'Connell's movement to repeal the Acts of Union (1800). Highly regarded amongst the ruling elite of the city, in particular for his dedicated relief work during the famine (1845-49), he held a series of public offices throughout his career. These included Governor of Grangegorman Female Penitentiary (1848-1865). However, his granting of favours to Margaret Aylward while she served her sentence for kidnap there ultimately led to his dismissal and decline in public favour. Find out more

Grangegorman Lives is a series of biographies of over 60 women and men whose lives influenced or were influenced by Grangegorman. The biographies are all sourced from Ireland’s Dictionary of Irish Biography: Ireland’s national biographical dictionary. Devised, researched, written and edited under the auspices of the Royal Irish Academy, its online edition is freely available