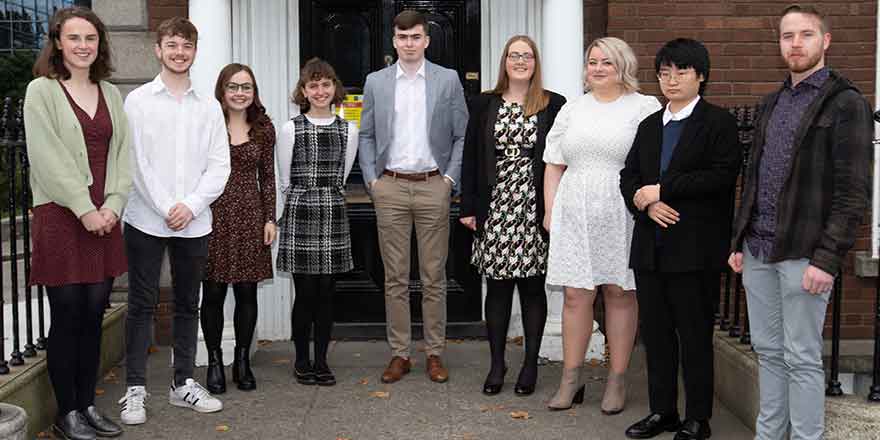 The Royal Irish Academy has awarded the prestigious undergraduate Hamilton Prize to the top mathematical students in their penultimate year of study as nominated by their university.

The ceremony took place to mark Hamilton Day, the anniversary of famed Irish scientist William Rowan Hamilton’s discovery of quaternion algebra on 16 October 1843. The ceremony was attended by the nine prize winners, along with Hamilton Day speaker, Emeritus Professor Caroline Series, President of the Royal Irish Academy, Mary Canning, Science Secretary, Catherine Godson and CEO of Ibec, Danny McCoy. Joined online, were family and friends, as well as representatives from the nine university departments and members of the mathematics community in Ireland.

The 2021 Hamilton Prize winners are:

In recognition of their mathematical excellence, the students each receive a cash prize of €250, a certificate of achievement and were invited to attend a private masterclass with the 2021 Hamilton Lecture speaker Emeritus Professor Caroline Series.