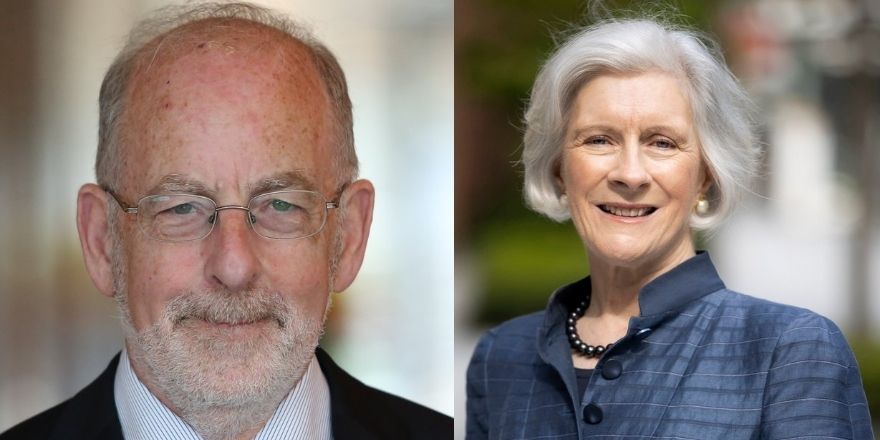 Academy Discourse conversation exploring the latest trends in the world of money and finance. Sponsored by Mason Hayes & Curran LLP.

Negative interest rates, cryptocurrencies, and a seeming return of inflation. What on earth is happening to money? Are these trends here to stay? In conversation with Frances Ruane MRIA, Patrick Honohan MRIA explores the changing world of money and finance and what it means for public policy.

Patrick Honohan MRIA was Governor of the Central Bank of Ireland and a member of the Governing Council of the European Central Bank from September 2009 to November 2015. He is an honorary professor of economics at Trinity College Dublin and a nonresident senior fellow at the Peterson Institute for International Economics. Previously he spent twelve years on the staff of the World Bank where he was a Senior Advisor on financial sector policy. During the 1990s he was a Research Professor at Ireland’s Economic and Social Research Institute. In the 1980s he was Economic Advisor to Taoiseach Garret FitzGerald. A graduate of University College Dublin, he received his PhD in Economics from the London School of Economics in 1978. His most recent book, Currency, Credit and Crisis, provides an account of the euro area and Irish banking crisis. He was elected a member of the Royal Irish Academy in 2002.

Frances Ruane MRIA is a graduate of University College Dublin and the University of Oxford, where she was awarded a DPhil (1980). She was a member of the Economics Department of Trinity College Dublin (TCD) from 1977 to 2006, when she moved to take up the role of Director of the Economic and Social Research Institute; she served in that role until July 2015. Her research interests are mainly in international economics and business dynamics. She is currently Chair of Ireland’s National Competitiveness and Productivity Council, and has previously served on various Irish public bodies, including the National Board for Science and Technology, IDA, HEA, and HRB. Her international roles have included serving on the Council of Economic Advisors in Scotland (2007-2018) and the European Statistical Governance Advisory Board (2018-2020). She has been an honorary fellow at TCD since 2010 and a member of the Royal Irish Academy since 2003.