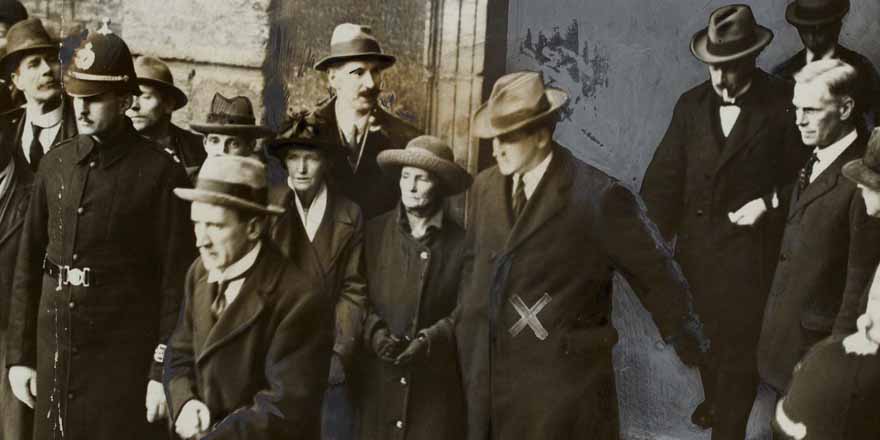 The year 1922 marked the beginning of the final phase in Ireland’s revolution: it saw the ratification of the Anglo-Irish Treaty; the establishment of the Irish Free State; the outbreak of the civil war; and the consolidation of partition as Northern Ireland opted out of the Free State settlement.

Our latest book Ireland 1922, edited by Darragh Gannon and Fearghal McGarry, features 50 essays from leading international scholars that explore this turning point in history, one whose legacy remains controversial a century on. Building on their own expertise, and on the wealth of recent scholarship provoked by the Decade of Centenaries, each contributor focuses on one event that illuminates a key aspect of revolutionary Ireland, demonstrating how the events of this year would shape the new states established in 1922. Together, these essays explore many of the key issues and debates of a year that transformed Ireland.

We are pleased to announce that extracts from the 50 essays will appear on the website of Century Ireland throughout the year, starting with this introductory piece by the book editors, Darragh Gannon and Fearghal McGarry.

"The Truce that brought the War of Independence to an end in July 1921 resulted in jubilation, consternation and suspicion. Although welcomed by the public, it was clear to many Irish republicans and their opponents in Ireland and Britain that any future settlement would fall short of passionately-held aspirations. Sinn Féin leaders, such as Michael Collins, who had previously advanced an unyielding republican line – ‘compromises are difficult and settle nothing’ – now began to disclose their more flexible private positions: ‘no one has ever defined a republic’..." Continue reading (you will be redirected to the website of Century Ireland)