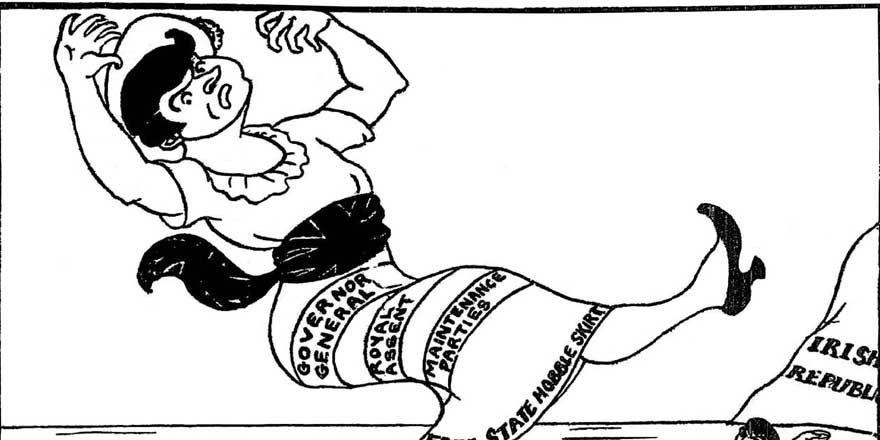 In collaboration with Century Ireland, we are making the 50 essays freely available online. Today's essay is by Richard Bourke and it covers the ratification of the Anglo-Irish Treaty that took place on 7 January 1922:

"The ‘Articles of Agreement for a Treaty between Great Britain and Ireland’ were signed at Downing Street on 6 December 1921 by the British delegation along with five Irish representatives enjoying plenipotentiary status.¹ Before ratification, the terms of the treaty were debated in sessions of the second Dáil convened at Earlsfort Terrace in Dublin over fifteen days between 14 December 1921 and 7 January 1922. In the end, approval of the agreement passed by a margin of seven votes, though civil war rather than national concord ensued..." Continue reading (you will be redirected to the website of Century Ireland)