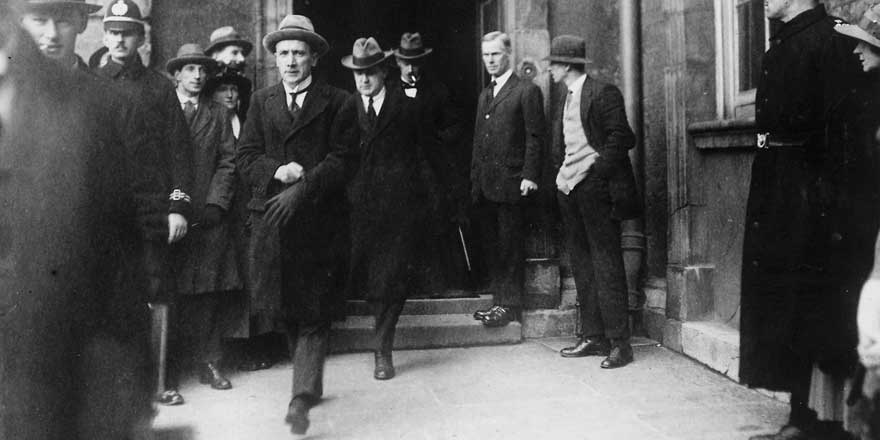 In collaboration with Century Ireland, we are making the 50 essays freely available online. Today's essay is by Martin Maguire and it covers the handover of Dublin Castle that took place on 16 January 1922:

"In the history of the Irish revolution of 1916–21 it is the IRA campaign that attracts most attention. It is arguable, however, that the decision of the Sinn Féin candidates elected in the December 1918 general election to assemble in Dublin’s Mansion House in January 1919 and to declare themselves, as Dáil Éireann, the legitimate government in Ireland, was in fact the decisive revolutionary action. In a strategy originally devised by Arthur Griffith, Dáil Éireann gave a state form to the historic demands of Irish nationalism for separation. Nationalist resistance to the British state was to be expressed, not through riot and rebellion, but through the establishment of an Irish rival state. Popular support for the IRA campaign was largely unquantifiable whereas support for Dáil Éireann could be measured by the number of votes won in local and general elections. The emphasis on a state-centred revolutionary struggle necessarily focuses on the role of the civil service, rather than the soldiers, in both the British and revolutionary counter-state administrations." Continue reading (you will be redirected to the website of Century Ireland)