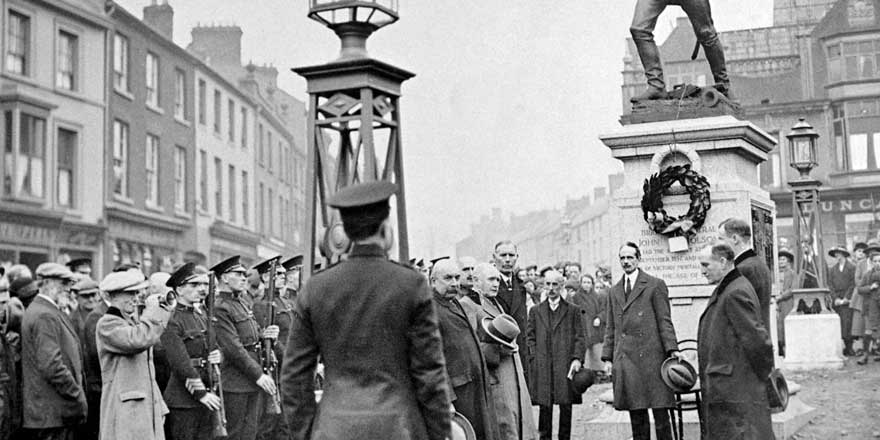 In collaboration with Century Ireland, we are making the 50 essays freely available online. Today's essay is by Michael Silvestri and it covers the unveiling of the John Nicholson Statue in Lisburn that took place on 19 January 1922:

"On 19 January 1922 the town of Lisburn in Northern Ireland unveiled a statue to an imperial icon and one of its famous sons, the East India Company officer John Nicholson. Having been promoted to the rank of Brigadier-General during the Indian Rebellion, Nicholson was mortally wounded while leading the British assault on Delhi in September 1857. He was revered as one of the great ‘Mutiny’ heroes of late Victorian Britain, an ‘Irish Paladin’ and devout evangelical who brought order to the northwest frontier of India, where he was worshipped as a god dubbed ‘Nikal Seyn’." Continue reading (you will be redirected to the website of Century Ireland)