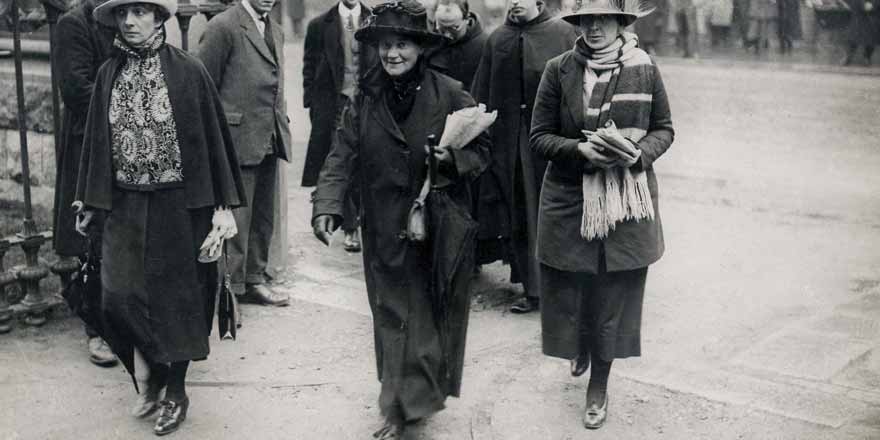 In collaboration with Century Ireland, we are making the 50 essays freely available online. Today's essay is by Marie Coleman and it covers Cumann na mBan's rejection of the Treaty, which happened on 5 February 1922:

On Sunday, 5 February 1922, Cumann na mBan held a special convention in the Round Room of Dublin’s Mansion House to discuss the Anglo-Irish Treaty. A majority of those present (419 of 482, or 87 per cent) voted in favour of the motion by Mary MacSwiney (Sinn Féin TD for Cork Borough in the second Dáil) to reaffirm allegiance to the Irish Republic and reject the Treaty. Jenny Wyse Power’s counter-proposal that the organisation remain neutral was defeated. Thus, Cumann na mBan became the first republican organisation to reject the Treaty. Continue reading (you will be redirected to the website of Century Ireland)