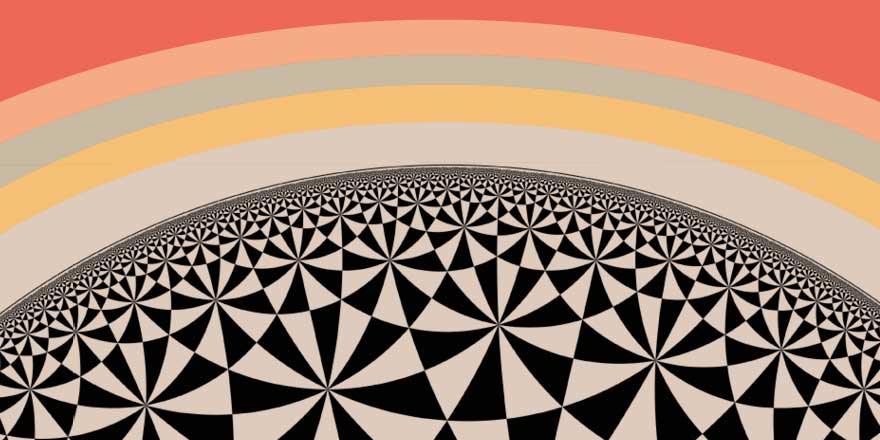 Following the lecture there will be a 30-minute audience Q&A session with the speaker chaired by Professor of Mathematics at Queen’s University Belfast, Martin Mathieu, MRIA.

It is some two hundred years since the discovery of non-Euclidean or hyperbolic geometry; geometry in which the angles in a triangle sum to less than two right angles. Hyperbolic geometry has seen great flowering in the last forty years, bringing it right into the mainstream of mathematics. We offer some glimpses into these developments, in particular some astonishingly beautiful computer graphics.