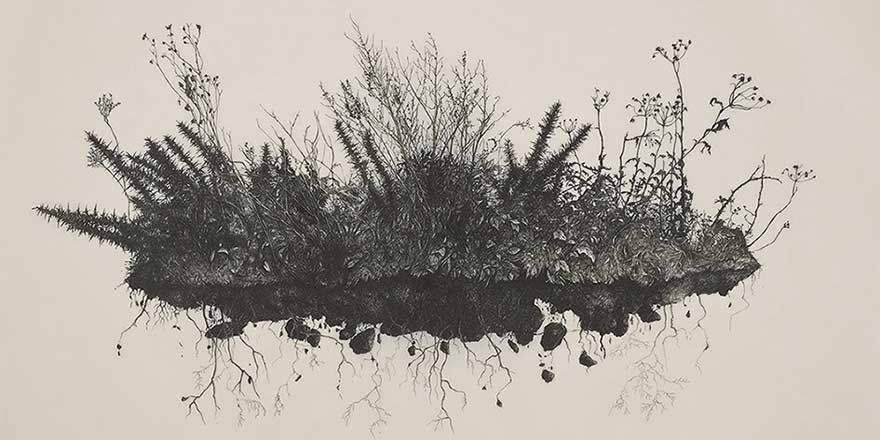 J﻿oin us for what is due to be an interesting and insightful discussion between the book's editors and artist Seán Lynch (see the speakers' bios below). This lunchtime event, which will take place in the Royal Irish Academy on Dawson Street, is part of the Dublin Book Festival's exciting programme.

Published in September of this year, Irish Art 1920-2020: perspectives on change (Catherine Marshall and Yvonne Scott, editors) is a generously-illustrated book in which eleven authors examine different aspects of Irish art through the hundred years or so since independence. During this time, art in Ireland has borne witness to unprecedented social and political transformation, and this book of essays considers how some of the established perspectives in Irish visual culture were challenged and represented during this time.

Catherine Marshall is a curator and art historian. She lectured in art history at Trinity College Dublin, the National College of Art and Design and University College Dublin. As founding head of collections at the Irish Museum of Modern Art she curated exhibitions of outsider art from the Musgrave Kinley Collection, exhibitions of Irish art in China, USA and the UK and throughout Ireland with the IMMA National Programme, and was curator to the Engagement project, which brought together artists from the Kilkenny Collective for Arts Talent, Callan, with artists from widely differing mainstream practices for a series of exhibitions 2013–21. She co-edited Art and architecture of Ireland, vol. 5, Twentieth century (2014) and Janet Mullarney (2019). She is an active member of Na Cailleacha (Na Cailleacha.weebly.com). In 2019 she was recipient of the first honorary doctorate in the History of Art from University College Dublin.

Yvonne Scott is a fellow emeritus at Trinity College Dublin, the University of Dublin. She was the founding director of TRIARC (Trinity College Irish Art Research Centre), and an Associate Professor in the Department of the History of Art and Architecture there. Her research focuses particularly on modern and contemporary art, specialising in the representation of landscape, nature and environment, and she has published extensively in the field. She has hosted numerous symposia on themes such as eco-criticism, including ‘In this brief time: art, environment and ecology’, and convened the visual art section of the Art in the Anthropocene conference at Trinity College Dublin, June 2019. She has served on several boards in the university, as well as in public art institutions and galleries. She was Chair of the Advisory Board, and contributor to Art and architecture of Ireland, vol. 5, Twentieth century (2014), and to Modern Ireland in 100 artworks (2016).

Sean Lynch is an artist based in Limerick. He represented Ireland at the Venice Biennale in 2015. Prominent solo exhibitions include Edinburgh Art Festival (2021); Henry Moore Institute, Leeds (2019); Douglas Hyde Gallery, Dublin (2017); Charles H. Scott Gallery, Vancouver (2016); Rose Art Museum, Boston (2016) and Modern Art Oxford (2014), while a major public artwork is presence since 2021 in the City of Melbourne. He has held fellowships and been a visiting professor at universities and colleges in the United Kingdom, United States and Canada, and is a graduate of the Stadelschule, Frankfurt. Alongside Michele Horrigan, he works at Askeaton Contemporary Arts, an artist-led residency, commissioning and publication initiative situated in the west of Ireland since 2006.