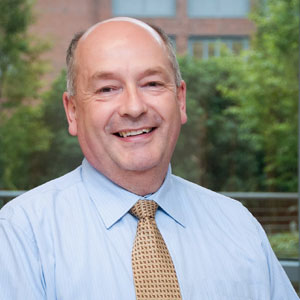 John Donovan is a PhD molecular biologist from the National University of Ireland.  In 1986 he worked in the Institute of Biochemistry at the University of Frankfurt and in 1988 moved to the University of Leeds.
Returning to Ireland in 1992, he took up a position as Senior Scientist with St. Luke’s Institute of Cancer Research. In 1994 he moved to a position as Executive Secretary of the Irish Research Scientists’ Association and was responsible for many of the briefing and policy documents prepared by the Association that ultimately led to the establishment of Science Foundation Ireland and The Programme for Research in Third Level Institutions.
Having left the bench, John moved into research and innovation management and, for the present, is Head of Research at Dublin Institute of Technology.  John has served on the board of European Association of Research Managers and Administrators (EARMA) for 6 years, including 4 as EARMA Chairman. John is on a number of national and international policy groups, including Ireland’s National Open Research Forum and the Irish Government’s High-Level H2020 Group, the Department of Education's 'Higher Education Research Group'. His current interest is what makes research sustainable in new, small universities.