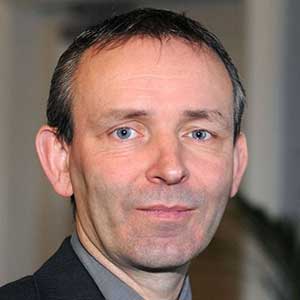 Professor John Doyle is Dean of the Faculty of Humanities and Social Sciences at Dublin City University and the founding Director of the Institute for International Conflict Resolution and Reconstruction (IICRR).   His research interests include the conditions of success in peace process and post-agreement conflict resolution, looking in particular at Northern Ireland and in comparative perspective at South Asia and the Balkans and also Irish Foreign Policy more generally.  He has been lead PI on two Marie Curie European Training Networks on the post-Soviet region (TENSIONS and CASPIAN) and involved in other EU-funded studies of comparative peace processes, including two on South Asia.   Professor Doyle is editor of Policing the Narrow Ground: lessons from the transformation of policing in Northern Ireland (Royal Irish Academy, 2010); co-editor with Cornelia-Adriana Baciu of Peace, Security and Defence Cooperation in Post-Brexit Europe (Springer Nature, 2019): and of The Routledge Handbook of State Recognition (Routledge, 2019), with Gezim Visoka and Edward Newman; and of Irish Foreign Policy, with Ben Tonra, Michael Kennedy and Noel Dorr (RIA and Gill Publishers, 2012).  His work has been published in the Journal of Common Market Studies, Ethnopolitics, International Peacekeeping, Revista UNISCI, and Irish Studies in International Affairs.  He is Editor of Irish Studies in International Affairs.