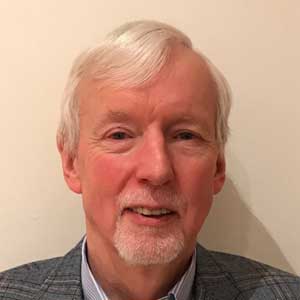 John Hegarty has 40 years of experience in research, education and university leadership spanning Ireland and the US. Following a PhD in Physics from University College Galway in 1975, he spent ten years carrying out research in the US, at the University of Wisconsin-Madison and Bell Laboratories in New Jersey. In 1986, he was appointed Professor of Laser Physics at Trinity College where he co-founded Optronics Ireland(1989), a national inter-disciplinary and inter-institutional research programme, and campus company Eblana Photonics(2001). Following periods as Head of the Physics Department and Dean of Research, he was appointed President/Provost of Trinity College in 2001 for 10 years, a period of significant expansion in research and collaboration across disciplines and institutions. He co-founded Innovation Advisory Partners(2012), and acted as Senior Advisor to the President of Skoltech, a start-up university in Moscow(2012-15).  He is currently chair of the Irish Times Trust and member of the Irish Times Board, and chair of the Council of the Dublin Institute for Advanced Studies.  He is a member of the Royal Irish Academy, Fellow of the Institute of Physics and has Honorary Degrees from UCD, QUB and UU. He has published 130 research papers and 1 book, He. holds three patents.