An almost mythical narrative has grown up around Sean Lemass and his career as taoiseach (prime minister) of Ireland from 1959 to 1966. This scholarly and accessible new perspective contains the myth within the facts. Lemass was responsible for not one, but two economic revolutions during his time as Minister for Industry and Commerce. He steered the beginning of a long process that transformed Ireland from an agrarian province of Britain to a confident, developed country which has been seen as a model for many aspirant small nations. Among his innovations, Lemass instigated a new era in North-South relations and began the overhaul of the educational system. In Judging Lemass, renowned historian, Tom Garvin, introduces the many facets of Sean Lemass - a cusp figure who ushered in the modern world; a visionary who was imagining a United States of Europe, since the 1920s; a sharp dresser with a striking film noir style and a preference for Cuban cigars; an ex-revolutionary who lost two younger brothers to the conflict; a proud urbanite who regarded rural Ireland as somewhat alien and agriculture as a drag on economic development; and, above all, the architect of modern Ireland. Reproduced alongside the text in a tactile print quality are letters, state documents and a store of unseen photographs. Judging Lemass follows the stellar success of Judging Dev and precedes the next in the series of in-depth and visually lavish profiles of leaders, Judging Cosgrave. 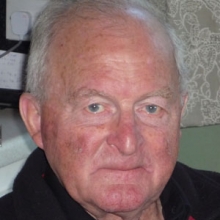