For thousands of years the climate of Valencia Island in County Kerry has favoured the formation of peat. As the bogs expanded and deepened they swallowed up houses, cooking-places and walls of the prehistoric peoples who occupied the island. Early man gradually cut away the dense woodlands that covered the whole island so that by the time of the birth of Christ it was already treeless, and then turned to the bogs for fuel. Today, the peat cuttings reveal traces of the prehistoric walls that have been cut through by the diggers. Tracing through the land and these cuttings, Frank Mitchell has reconstructed in this fully illustrated text the different environments in which these successive island inhabitants lived. The result is a series of vivid pictures of the island from the arrival of the Stone Age people about 6000 years ago to the present day, with a concerned glance at the future. This close study is rich with the author’s experience, insights and anecdotes as a Quaternary scientist and naturalist. It is rewarding reading for those interested in cultural or environmental heritage in Ireland, or as a model for similar studies abroad.

Frank Mitchell, who served as president of the Royal Irish Academy from 1976 to 1979, enjoyed an international reputation as geologist, botanist, archaeologist, ornithologist, geographer, social historian and author. He was the author of Man and Environment in Valencia Island (1989). 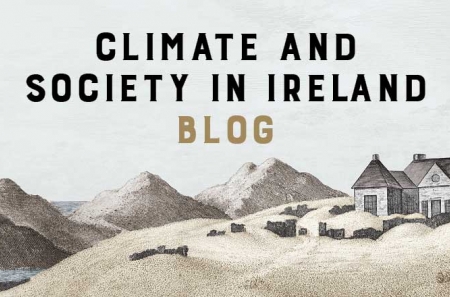