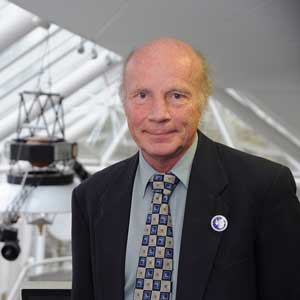 Professor Michael Burton is the Director of the Armagh Observatory and Planetarium. This brings together running the oldest continuously active observatory in the UK & Ireland with its longest operating planetarium. It is a job that embraces fundamental research, education, public outreach, history, heritage and culture within a single organisation.

Burton is an astronomer, with research expertise in the formation of stars in our Galaxy, and an educator with 25 years university-level teaching (including Director of Teaching in Physics), combined together with an active involvement in science communication and outreach.

He wrote and directed the Planetarium show “Our Place in the Cosmos” that was played daily during COP26 in Glasgow.