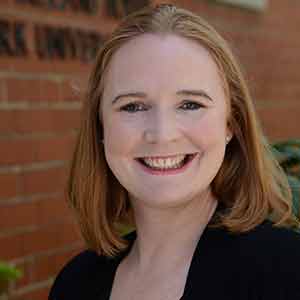 Miriam Nyhan Grey trained as a historian in Ireland, Italy and the US. Her interests lie in the spheres of migration, race, ethnicity, and diaspora nationalism. She has taught at New York University’s Glucksman Ireland House since 2009 and is a director of NYU’s Archives of Irish America’s Glucksman Ireland House Oral History. She hosts "This Irish American Life" on public radio hour on WNYE 91.5 FM in New York City. A founding board member of the African American Irish Diaspora Network, Miriam initiated the Black, Brown and Green Voices project to amplify experiences of people of African and Irish ancestry. Her first book was a social history of Ireland’s only Ford plant and in marking the centennial of 1916 she edited "Ireland’s Allies: America and the 1916 Easter Rising" (2016, UCD Press, Dublin). Miriam is regular co-editor of the American Journal of Irish Studies and was the inaugural associate editor of the new NYU Press Glucksman Irish Diaspora Series. She is currently editing a collection of essays on the intersections of American Irish and Jewish History.