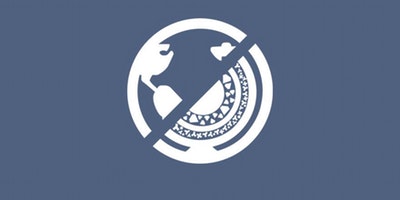 For this second symposium on Morals and Markets we continue to look at the topic from different disciplinary angles.

Professor Emeritus Marilyn Strathern (Girton College and Social Anthropology, University of Cambridge)
Persons and money: a Papua New Guinean translation of morals and markets What kind of person does money make of one? That depends somewhat on where one is. A visit in 2015 to Hagen in the Papua Guinean Highlands is the basis for reflections on the eloquence of money and the making of persons in an unusual context: ‘repatriating’ fieldwork photographs. Some unexpected demands raised questions about ethics, politics and commerce.

12.15 – 13:15: Keith Tribe (Fellow of the Swedish Collegium for Advanced Study)
The economy of shortage. Grain Markets in the Eighteenth Century
The moral economy of crowds as a means of social and economic regulation is an idea first raised by the work of Georges Rudé and E.P. Thompson, and developed by Steven Kaplan in respect of grain markets in later eighteenth century France. This presentation will consider how this approach might be brought to bear on the English debates over grain markets, population and distribution in the early nineteenth century, linking pre-Revolutionary French discourse to post-Napoleonic ideas of free trade.

14:00 – 15:00: Ivar McGrath (History, University College Dublin) with Andreas Hess (Sociology, University College Dublin)
Swift's moral economy: a suggestion for a modest paradigm change
This paper suggests a paradigm change in relation to the way we look at how markets and morals are entwined in Swift. We argue that it would be wrong to apply contemporary notions of economics retrospectively and somewhat a-historically to a thinker of an axial time in which economics as a separate sphere did not exist, and in which morals and markets and the way they relate to each other were about to be radically re-conceptualized. We argue that it is thus no accident that Scottish Enlightenment thinkers such as David Hume and Adam Smith took to Swift. They admired more than the expressive or rhetorical skills in Swift; in the first instance, they read Swift as somebody who managed to express moral sentiments (and even outrage) in an appealing, that is mostly satirical way, thereby identifying the gap between rhetoric and reality and criticising hypocrisy and the double standards of the time. We will use two famous examples of Swift's work to illustrate our case, “A Modest Proposal” (1737) and “Directions to Servants” (1745).