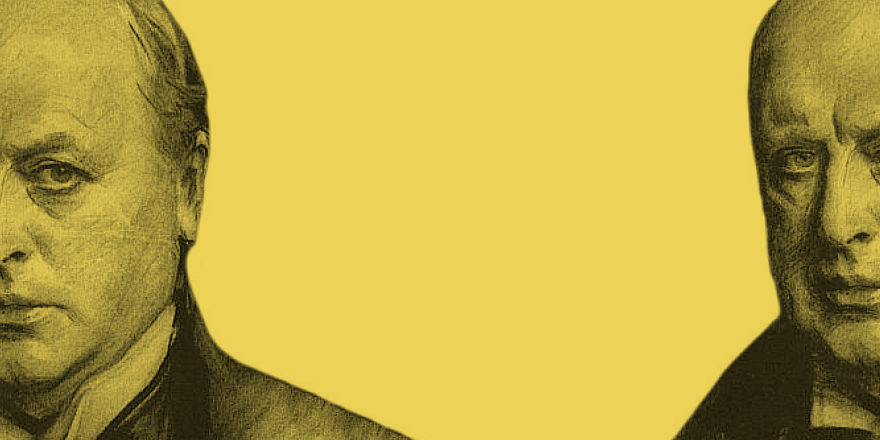 Alan Hollinghurst in conversation with Carlo Gébler on Henry James as critic at the Royal Irish Academy on 26 January 2017.

A lively discussion on Henry James as critic took place at Academy House, with humorous and reflective readings by Hollinghurst from James' letters and diary entries. Listen to the conversation here:

Watch this video to see Alan Hollinghurst, Carlo Gébler, Eibhear Walshe, Academy Officers and members of the public who attended the event give their views about the conversation, its purpose and the importance of literature to the Academy.

'Portrait of a Lady represents an immense spreading of wings, something he had never attempted before'- Alan Hollinghurst on Henry James as critic.

'I've always been fascintaed by a novellist who was such a brilliant critic, Alan Hollinghurst is such a good choice for this, as his work has been so influenced by James'-Helen Meaney, Journalist

'You can see James and Alan Hollinghurst are a natural fit. James is responsible for how we look at books and read books, it is by doing things like this that the RIA can make itself a bridge between academia and literature'- Carlo Gébler