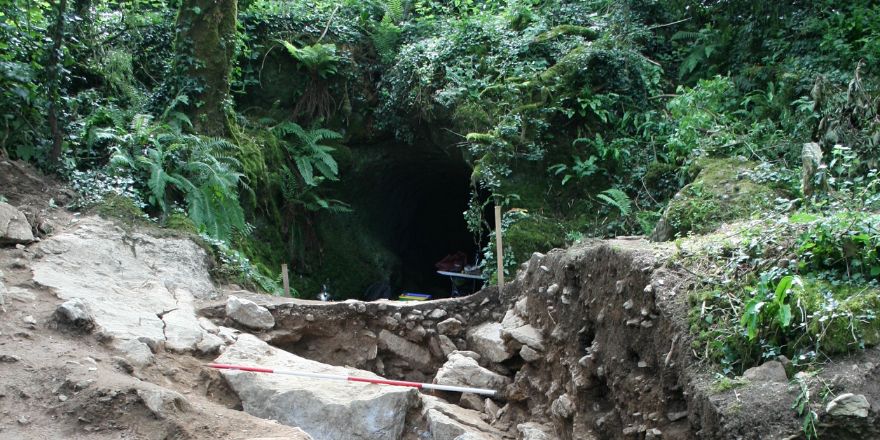 An international group of geneticists and archaeologists have analysed bones samples, some provided by Liverpool John Moores University (LJMU), that reveal the ancestry of dogs can be traced to at least two populations of ancient wolves.

The work, led by the Francis Crick Institute and published recently in Nature, moves researchers a step closer to uncovering the mystery of where dogs underwent domestication, one of the biggest unanswered questions about human prehistory.

Dr Richard Jennings, Programme Leader at LJMU for BSc Human Evolution and Behaviour in the School of Biological and Environmental Sciences, and member of the school’s Research Centre for Evolutionary Anthropology and Palaeoecology (RCEAP), and Mr Cóilín O’Drisceoil, Archaeologist, National Monuments Service, provided the genetics team with two bone samples from their excavation at Ballynamintra Cave, Co. Waterford, Ireland. The excavation was funded by an Archaeological Research Excavation Grant awarded by the Royal Irish Academy and the National Monuments Service.

The bones, identified by Quaternary mammal specialist Dr Ruth Carden as dogs or wolves, were found in the front chamber of the cave within a sedimentary deposit that formed 13,500 years ago, towards the end of the last glacial cycle. At this time large parts of Ireland were emerging from being covered in ice.

“Our personal interest in exploring the genetic origins of the bones from Ballynamintra Cave stemmed from the fact that there is next to no evidence that humans inhabited Ireland during the last Ice Age. We wanted to know whether the two bones originated from wolves or domesticated dogs, with the latter a possible indicator that Palaeolithic hunters once roamed the Irish landscape.”

The bone samples were initially screened by Dr Linus Girdland Flink in the genetics laboratory at LJMU's Life Sciences Building. Dr Flink successfully recovered small amounts of ancient DNA and confirmed that they were indeed wolf or dog, but further work was required to determine which of the two animals they were, such was their genetic similarity.

The samples were then shared with Dr Pontus Skoglund at the Francis Crick Institute to undertake next generation sequencing as part of a wider study that analysed 72 ancient wolf genomes that came from 38 institutions in 16 different countries.

Dr Skoglund was able to determine that one sample is an early wolf, but further research is needed on the second sample.

By analysing the genomes across the wider study, the researchers found that both early and modern dogs are more genetically similar to ancient wolves in Asia than those in Europe, suggesting a domestication somewhere in the east.

Dr Jennings added: “By allowing our research to form part of larger research project, our results contribute to a new understanding of the relationship between different wolf species across the northern hemisphere during the last Ice Age and the origins of domesticated dogs. The results of this in turn will help us interpret our discoveries in Ireland.”

Talking of his latest findings in Ireland, Dr Jennings said:

“Excitingly, we just recovered new Ice Age fauna from a neighbouring cave in Ireland where we undertook excavations earlier this month, funded by a new excavation grant of the Royal Irish Academy.”

The team also took sediment samples during the excavation for Dr Rui Martiniano, human evolutionary geneticist at LJMU and RCEAP member, who will screen them for ancient DNA in the LJMU genetics laboratory this summer, using cutting edge capturing methodologies.

“That one can now detect genetic traces of ancient humans in soil is an extraordinary development in the field of biological anthropology. If the technique is successful for us, it could provide the first definitive evidence for the presence of people in Ireland during the Ice Age.” 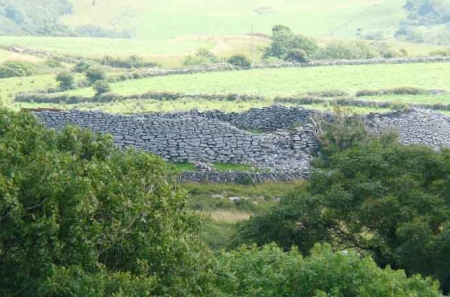 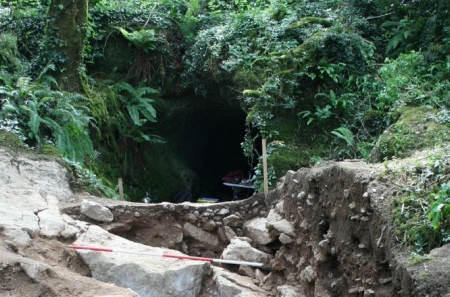 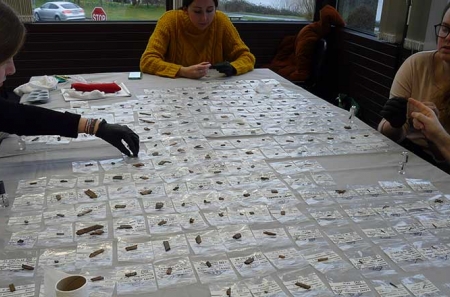