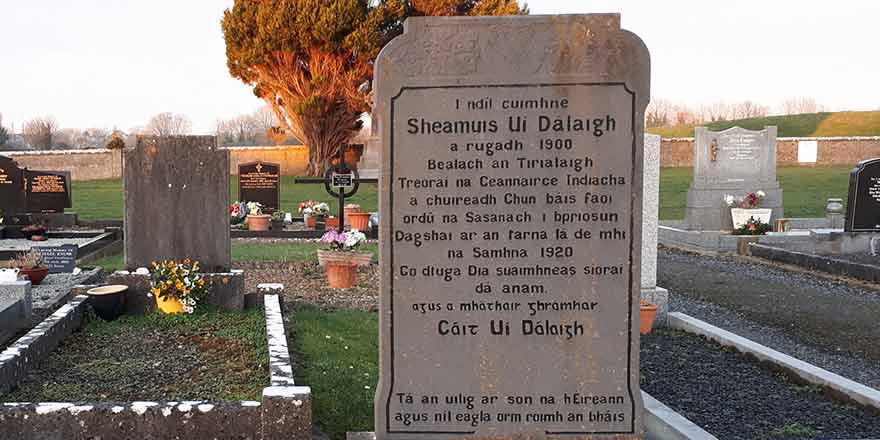 The centenary of the Connaught Rangers ‘Mutiny’ of 1920 was marked on 28 June 2020. The Connaught Rangers were one of the eight regiments of the British Army to recruit in Ireland prior to 1922, and served in various theatres of war across the British Empire, and on the Western Front and the in the Gallipoli campaign during the First World War. Units of the Rangers were stationed in India after the war and, on 28 June 1920, a company based at Jullundur (Jalandhar) in the Punjab refused to obey orders in protest at the repressive policies of the British in Ireland at the time. Other members of the unit in the town of Solan followed suit and surrendered their weapons. When they attempted to get them back, two of the ‘mutineers’ were shot dead by the soldiers guarding the armoury in which they were held. Consequently, 61 members of the Connaught Rangers were convicted for their role in the mutiny and one, Private James Daly, was executed on 2 November 1920. The regiment itself was disbanded in 1922 following the establishment of the Irish Free State.

To mark the centenary History Ireland, with the support of the Commemorations Unit of the Department of Culture, Heritage and the Gaeltacht, recorded a special edition of their 'Hedge School' podcast to explore the background, events and legacies of the mutiny, featuring DIFP Assistant Editor John Gibney, DIB Managing Editor Kate O'Malley, Cécile Gordon of Military Archives, and Brian Hanley of Trinity College Dublin. The debate was moderated by History Ireland editor Tommy Graham and can be streamed or downloaded here.

Cover image: the grave of James Daly in Tyrellspass, Co. Westmeath (John Gibney). Daly was the only member of the Connaught Rangers executed for his role in the mutiny; read John Gibney's account of the return of his remains, originally published in History Ireland.