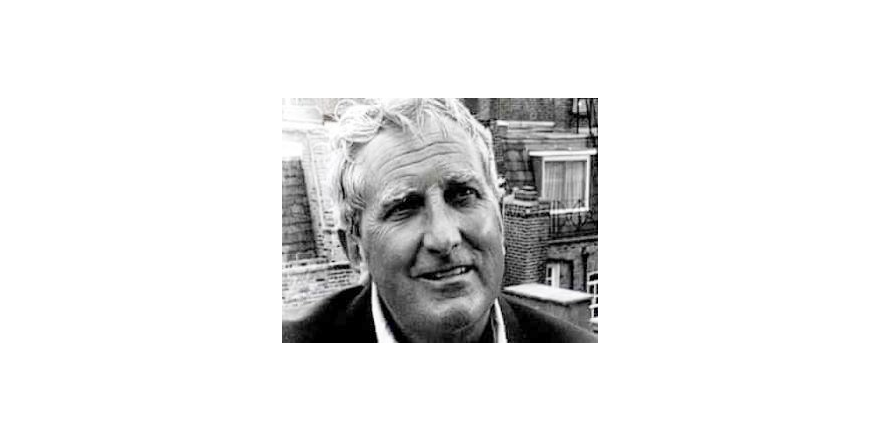 The DIB has curated a selection of its most notorious rogues – pirates, blackmailers, thieves and murderers – for your delectation. Described as ‘king of the cat burglars’ or ‘the human fly’, Gulston stole more than £35 million worth of jewels and furs. His high profile targets included Sophia Loren, Zsa Zsa Gabor and Elizabeth Taylor.

Gulston ('Scott'), Peter Craig (1931–2013), thief, variously described as the 'king of the cat burglars' and 'the human fly', was born on 18 February 1931 in Belfast, the younger of two children, to Frederick Arnott Gulston, chief commercial traveller for White, Tompkins and Courage grain millers, and his wife Marguerite (Daisy) (née Kilpatrick). Gulston's early life was conventional: he was born into a middle-class presbyterian family, his father was a freemason and two of his uncles were highly decorated military men. He attended Belfast Royal Academy, the oldest school in Belfast city, and was reputedly an able pupil and a talented sportsman. He played fullback for the first fifteen rugby team but was wholly uninterested in academic achievement.

By his own admission, Gulston's compulsion to steal was present from an early age: his earliest memories of stealing were associated with the need for money to gamble in schoolboy games of 'pitch and toss' and 'three-card brag'. According to his memoirs, his first targets were 'pens at school and florins from his father's untenanted trousers' (Gentleman thief, 181). At the age of sixteen or seventeen he moved on to burglary, breaking into a semi-derelict Victorian house in his Belfast neighbourhood, a move he described as both sensuous and lucrative: he took away bottles of Scotch and a handbag, but also derived enormous pleasure riffling through an underwear drawer (Gentleman thief, 182).

For the next year Gulston continued burgling in the Antrim Road area of Belfast, using his Royal Academy blazer and rugby bag to deter suspicion, until a heavy police presence forced him to move his activities to south Belfast. However, his first criminal prosecution came about not as a result of his burglary activities, but for possession of a firearm. In November 1949 his parents' house was searched by the police and Gulston admitted to possession of a .45 colt revolver and two rounds of ammunition. During the court case in January 1950 Gulston told the judge that he had bought the gun for thirteen shillings from some men in a bookmakers' office on Royal Avenue for 'bravado'. In fact, he had taken it while burgling a house in Ben Madigan Park. The court accepted his story, he was found not guilty of intent to endanger life but was bound to keep the peace for three years (Belfast Newsletter, 24 January 1950).

The court case brought an abrupt end to Gulston's schooling: he left without sitting his final exams and family connections got him a job clerking for the builders' merchant company John McNeill and Co. The job was short-lived, however. He was prosecuted for stealing a watch and receiving stolen goods and was fired from the position as a result. For a period of almost two years there was a hiatus in his criminal activities which, he claimed, was the result of a guilty conscience at the hurt he was causing his family. He began to make concrete cavity bricks and then, in the summer of 1950, he started working for a cattle-dealer named Crawford Scott, who introduced him to fine wines and dining, and was also the inspiration behind Gulston's later alias 'Peter Scott'. However, everything changed in January 1952 when his father died without making a will. In keeping with Northern Irish inheritance law, Peter inherited two-thirds of his father's estate – just over £1,000. His mother Marguerite left for California to be with her daughter Peggy and Gulston, left alone, 'released his degeneracy' (Gentleman thief, 186).

By October 1953 he was in Crumlin Road prison, serving a six-month sentence for twelve offences of house-breaking and larceny, although Gulston himself claimed he could have been charged with more than 150 offences (Northern Whig, 21 October 1953). His extended family, most of whom were members of the conservative Plymouth Brethren church, disowned him after the court case and even refused to take him in when he was offered five days release to celebrate Christmas. Gulston, realising he was too well known to police in Belfast, relocated to England, changed his surname to Scott and resumed his criminal activities.

Initially Gulston's crimes in England were petty in nature. However, in 1955 he was sentenced to his first serious stretch in prison of three years when he was convicted of stealing ninety-eight pairs of nylon stockings from a shop in Hammersmith. It was while serving this sentence that he met George 'Taters' Chatham, one of the most successful cat burglars of the twentieth century. Their first job together was in 1961 burgling the Sunningdale, Berkshire, mansion of filmmaker Alexander Korda, making off with diamond earrings worth thousands of pounds. Gulston likened the time they spent together 'casing' the houses of the wealthy to a spiritual awakening – he saw himself as 'a missionary seeing his flock for the first time … I decided these people were my life's work' (Daily Telegraph, 22 March 2013).

By his own estimation, Gulston stole more than £35 million worth of jewels and furs from the rich and famous over the course of his career. In his memoirs he lists Lauren Bacall, Maria Callas, Judy Garland, Zsa Zsa Gabor, Vivien Leigh, Shirley MacLaine and Elizabeth Taylor among his victims. His most famous exploit, perhaps, was the theft of Sophia Loren's jewellery worth over £200,000. Following the incident the actress went on television and placed a gypsy curse upon the thief. Gulston noted ruefully that perhaps the curse had some effect, as he lost all the money from the theft at the gaming tables in Cannes (Gentleman thief, 6).

From his initial sentence in the late 1950s, Gulston spent increasing periods of time in prison: he was jailed for three years in 1961 and five years in 1964. He was a source of fascination for the British public, earning the nicknames 'burglar to the stars' and the 'king of the cat burglars' in the tabloids; and he was the inspiration behind a 1965 Charles Crichton movie, He who rides a tiger, starring Tom Bell and Judi Dench. Gulston was in Dartmoor prison when the film was released.

For a period of ten years between 1967 and 1977 Gulston avoided prison, and conducted a legitimate career as a haulier, demolition expert and property developer. In 1977 his business went into liquidation and he resumed his criminal activities full-time. In addition, Gulston was targeted by the commander of the Metropolitan Police Serious Crime Squad, Albert Wickstead (nicknamed the 'old grey fox'), a man close to retirement and looking to complete his career by rooting out corruption within the force. Gulston was offered total immunity if he gave evidence against detectives suspected of corruption, but he refused. As a result, in 1979 he was convicted of several major burglaries and sentenced to eight years in jail, later reduced to three on appeal.

On his release Gulston returned to criminality, stealing more than £6 million worth of jewellery and furs before he was jailed once again in 1985, this time for four years. When he was released, Islington Council agreed to house him, and he declared himself retired from criminality. In 1995 he published his memoirs Gentleman thief: confessions of a cat burglar, and he appeared on the Late late show in November to publicise the book and his apparent retirement. However, in 1998 he was sentenced to three and a half years in prison for handling a Picasso painting, Tête de femme, stolen from an art gallery in Mayfair. He confessed that he was 'poaching excitement' in his return to criminality (Guardian, 20 March 2013).

Trading on his criminal past, Gulston took part in a Channel 4 series The heist that aired in 2004, and a short film made in 2014 by Roland Hutchison entitled My friend the thief. In his final years, before ill-health forced him into a nursing home in Newham, east London, he gave tennis lessons for £10 an hour and tended the gardens of a church in Camden, North London. Despite being married three times – to the model Jacqueline Bower, with whom he had a son named Craig Patrick (born 1969), Fay Sidler and a woman named only as Elaine in his memoirs – after Gulston died on 17 March 2013, in the nursing home, he was buried without any family present. Guardian journalist Duncan Campbell arranged for his cremation at Islington cemetery, and it was attended by the filmmaker Roland Hutchinson and his mother, three of Gulston's old friends and a woman from the care home. At the end of his life Gulston was bankrupt, owing more than £400,000 to creditors, and living on state benefits in a council flat near King's Cross. Despite living in poverty for the last years of his life, he never showed any self-pity, viewing his straitened circumstances as divine retribution: 'I got exactly what I deserved. I was a predator and I suspect somewhere deep inside myself, I wanted to punish myself for my passion' (Gentleman thief, 9).