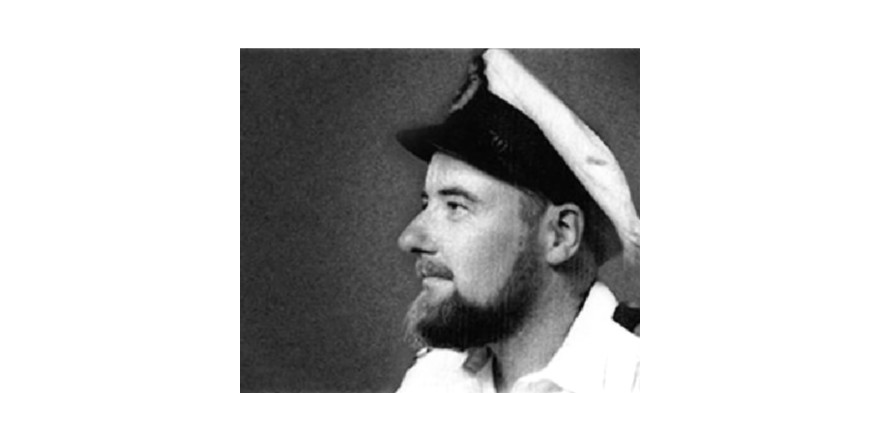 Selected by the DIB's Liz Evers, Michael Dillon is a remarkable figure whose brave quest for self understanding and freedom led him to transition from female to male, West to East, Christianity to Buddhism. Dillon's entry concludes our 'Favourite DIB lives' series.

I came across Michael Dillon through a Buddhist friend perhaps three years ago, and found the very fact of his existence astonishing. Dillon's biography is impressive, not least because in the 1940s he became the world's first recorded surgically and hormonally reassigned female to male transsexual, but also because of all the other achievements he packed into his short life (he died aged just forty-seven) and his remarkable drive to understand himself biologically, psychologically and spiritually.

Born into a moneyed Anglo-Irish family, Dillon was educated in England, first studying theology at Oxford, working as a radiographer and then a petrol pump attendant before returning to study medicine and ultimately joining the Merchant Navy as ship's surgeon. He was a champion rower as both a female, then a male, competitor. He spent his final years in India, studying and practising Buddhism, and was ultimately ordained into the Tibetan tradition, taking the name Lobzang Jivaka. He wrote a number of books, including a frank analysis of gender identity: Self: a study in endocrinology and ethics (1946), a popular adaptation of the Buddhist classic The life of Milarepa (1962) and an autobiography which remained unpublished until 2016: Out of the ordinary: A life of gender and spiritual transitions.

Dillon, Michael (1915–62), medical doctor, writer, Buddhist monk, and the world's first surgically and hormonally reassigned female-to-male transsexual, was born Laura Maud Dillon on 1 May 1915 in Ladbroke Grove, London, England, second child of Robert Arthur Dillon (1865–1925), former RN lieutenant and heir to the baronetcy of Lismullen, Co. Meath, and Laura Maude Dillon (1888–1915; née Reese), native of Australia, widow of J. Lachlin McLiver of New Zealand, whom she had married in South Africa. Ten days after Dillon's birth her mother died of puerperal fever. Rejected emotionally by her bereaved and alcoholic father, she was raised with her elder brother, Robert William Charles Dillon (1914–83), in the eccentric, claustral, but socially respectable household of their father's three unmarried sisters in Folkestone. An anatomically normal female, from early childhood she was restive within the socially defined feminine gender role and with more fundamental gender identity. When, on the death of an elderly cousin within three weeks of their father's death, her brother became the 8th Baron Lismullen (1925), the siblings for several years spent their holidays on the 360-acre Co. Meath estate, where she learned to shoot and to fish.

Educated at Brampton Down, an exclusive Folkestone girls' school (1923–34), she resisted restrictive family attitudes regarding correct ladylike aspirations, and went up to St Anne's college, Oxford (1934–8). President of the university women's boat club, she made substantial strides toward securing acceptance of women's rowing as a serious university sport. Winning a rowing blue in her second year, in fourth year she was stroke on the university crew that won every domestic race entered. Initially reading theology, she transferred to ‘greats’, taking a third-class honours degree. She worked in a Bristol laboratory as radiographer and assistant in post-mortem brain research (1938–9) till a psychiatrist she had consulted disclosed confidences of her gender-identity crisis to a laboratory colleague.

Working as petrol-pump attendant and light mechanic in a Bristol motor garage (1939–45), Dillon began to pass permanently as a man. After being prescribed doses of the recently isolated male hormone testosterone, resulting in development of male secondary sexual characteristics, he underwent surgical breast removal. In 1944 his birth certificate was amended to record a male with the name Laurence Michael Dillon (‘Laurence’ he would utilise only on official documents). Thus re-registered, he incidentally became – and remained till his death – heir presumptive to the baronetcy held by his brother (who married in 1947 but remained childless). Accepted after initial bewilderment by his aunts in his new identity, he suffered unyielding rejection and ostracisation by his brother.

After preparative study in various sciences at Bristol's Merchant Venturer's Technical College, Dillon studied medicine at TCD (1945–51). During university holidays he underwent an extensive series of genital reconstructive operations by the renowned plastic surgeon Sir Harold Gillies at Rooksdown House, Basingstoke (1945–9). Dillon thus became the first recorded female-to-male transsexual to undergo so complete a physical reassignment utilising advancements in endocrinology and plastic surgery. His first book, Self: a study in endocrinology and ethics (1946), written during his years in the Bristol garage, argued, without revealing the author's personal interest, for greater psychological understanding and social tolerance of those whose identities do not fit strictly into either the male or female gender. Joining Dublin University boat club, he won another rowing blue – probably the only person to do so as both a woman and a man. As resident house physician in a north Dublin hospital (1951–2), he introduced an innovative programme of occupational therapy and life skills, inspired by his experience in Basingstoke. Entering the British merchant navy, he was employed as ship's surgeon by several lines, voyaging widely on passenger and cargo vessels (1952–8).

Interested in mysticism, eastern religions, and alternative therapies, he associated with the occult writer Lobsang Rampa (The third eye), then based in Dublin, and worked briefly as a radionics therapist in the De La Warr Laboratories, Oxford (1957). The volume Poems of truth, redolent of his immersion in Gurdjieffian philosophy, was privately printed (1957). When the alterations of name and gender that he had requested in the family entry in Debrett's peerages were not automatically replicated – as he had been led to expect – in Burke's peerages, the Sunday Express detected the discrepancies between publications, harried his brother into granting an interview, and printed a sensationalistic article (May 1958). Ever desirous of secrecy regarding his gender reassignment, Dillon was deeply distressed by the flurry of media publicity in both Britain and America.

Resigning his post of ship's surgeon in Calcutta, he spent the rest of his life in India (1958–62), engaged in the study and practice of Buddhism, about which he wrote numerous books and articles. Ordained novice-monk in the Theravada tradition (1958), then reordained in the Tibetan tradition (1960), he assumed the name Lobzang Jivaka (derived from that of the Buddha's physician). Two books under the name were published in London: The life of Milarepa (1962), a popular adaptation of a scholarly translation from the Tibetan by W. Y. Evans-Wentz of the life of an eleventh-century yogi, restoring the racy style of the original; and Imji Getsul (1962), an account of his three-month sojourn in the remote Rizong monastery in Ladakh. Known in Buddhist circles for his prolific journalism, he published two other books in India.

Suffering increasingly from ill health, owing in part to the rigours of the monastic lifestyle, he was hospitalised with typhoid fever and jaundice (winter 1961–2). In early May 1962 he completed an autobiography, including frank and reflective discussion of his experience as a transgendered person. Days thereafter, while journeying to Kashmir, he died 15 May 1962 after a brief, unspecified illness in hospital in Dalhousie, Punjab. He never married. His autobiography was finally published in 2016 under the title, Out of the ordinary: a life of gender and spiritual transitions.