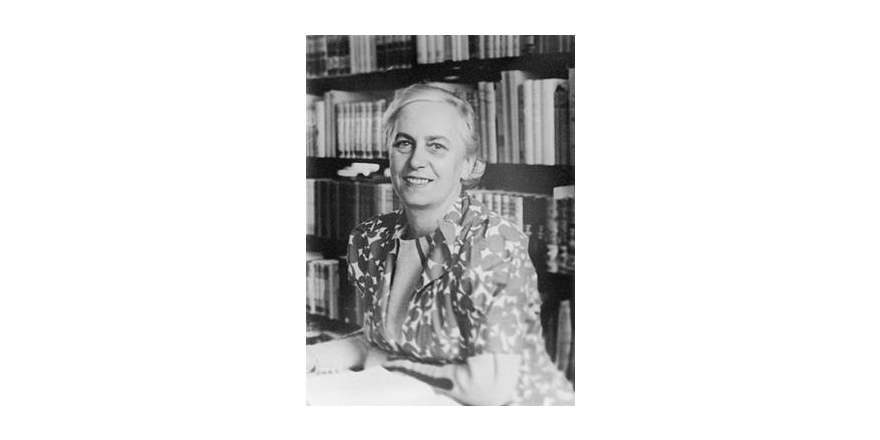 Selected by Dr Kate O'Malley, managing editor of the DIB, Róisín Walsh (1889–1949) was Dublin's first chief librarian, as well as a feminist and republican. This biography is part of our 'Favourite DIB lives' series selected by staff academics and friends of the RIA.

I first encountered Róisín Walsh during research for Documents on Irish Foreign Policy VI. I chanced upon a file in the National Archives of Ireland containing an elegantly crafted and beautifully written account of a library tour of the US. It provided a unique insight into mid-twentieth century America, replete with amusing descriptions of New York cab rides and commentaries on political and social life.

But how did she end up on such a tour in 1939, decades before my own mother would encounter restrictions as a result of the marriage bar?

Crucially, she never married, which allowed her to become not only Dublin City's first chief librarian but one of the world's first female head librarians. Walsh reached the apex of her career a mere eight years after becoming a librarian in 1931. During her term as chief librarian she oversaw a major expansion of Dublin's library service to accommodate the rapidly growing city and suburbs. Under her tenure some of the city’s best-known libraries were expanded or established in Terenure, Marino, Inchicore, Drumcondra, Phibsborough and Ringsend.

A progressive librarian, during her tenure she argued in favour of improving literacy levels and lobbied for further funding for library services nationwide. She was a regular speaker at literary events and conferences, and a frequent voice on Radio Éireann. She held the Dublin City librarian post until her untimely death in 1949. Her impact was enormous – increasing our collective and free access to books and giving us the space and tools to read them. Read her DIB entry, below, which happily, is co-written by two women librarians.

by Evelyn Conway and Deirdre Ellis-King

On her return to Ireland in 1914, she was employed at St Mary's Training College, Belfast (then a primary-school teacher training college for catholic women) as a lecturer in Irish and English. From then until the Easter rising she was closely linked in the nationalist independence movement with Nora Connolly (Nora Connolly O'Brien) and her sister Ina, the Belfast-based daughters of James Connolly. She became a member of the Belfast branch of Cumann na mBan (exceptional in training its members in shooting) from its foundation by Nora Connolly in 1915. Prior to this time she came into contact with Séan Mac Diarmada on his travels throughout Ulster as a Sinn Féin organiser, and helped him with correspondence to the US prior to 1916.

At home in Clogher in Easter week, she received advance knowledge of the rising on Good Friday from IRB activist and Clogher parish priest Fr James O'Daly. Owing to the confusion that followed the countermanding order issued by Eoin MacNeill on Easter Sunday, the northern Volunteers' mobilisation in Tyrone was short-lived and soon dispersed. The Walsh family collectively and in close collaboration with the Connolly sisters, Archie Heron and other IRB activists played a key role in the concerted but blighted attempt to bring about a remobilisation, providing a safe house and carrying dispatches. On Wednesday of Easter week, Róisín Walsh, with her brother Tom and sister Teasie, helped to smuggle ammunition and supplies to the Clogher Company, which had been assembled on Tuesday in the Clogher mountains and at Ballymacan, on the orders of Fr O'Daly. Walsh remained active in the movement in the following years, leaving her teaching post in Belfast by 1919, possibly owing to political harassment, and returning to Clogher.

Her knowledge and interests also saw her active on the Dublin cultural, political and social scene where she continued, after 1916, to associate with like-minded republican and left-wing political thinkers. She potentially put her job at risk by allowing her home to be used in 1931 for a meeting at which the left-wing republican party Saor Éire, was launched. She also served on the first editorial board of the literary magazine The Bell (founded 1940) alongside fellow board member Peadar O'Donnell. A committed feminist, Walsh moved in the same circles as Hanna Sheehy-Skeffington, Mary Hayden and Maud Gonne MacBride, and was a regular guest speaker at the weekly meetings of the Women's Social and Progressive League founded in 1943 by Sheehy-Skeffington.