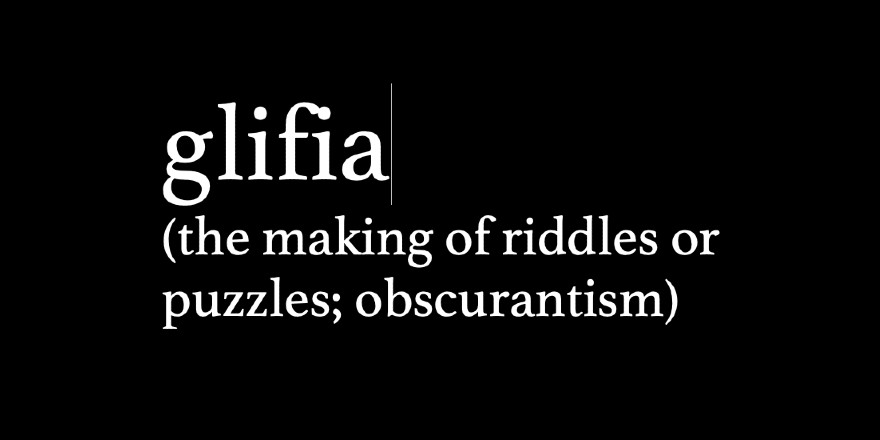 VMG is one of the most prolific coiners of new words in the whole of Latinity of any period, so it is a privilege for DMLCS that his output falls under our particular remit. The fact that his two long works are consistently erudite and logical and fanciful and humorous all at the same time gives them the same quality as the work of Flann O'Brien, and makes trying to understand them a pleasure: when we manage to crack one of his riddles, we hear him laughing with us across the centuries. (If we fail and it is clear that the passage nevertheless does contain some conundrum, we hear him laughing at us across the centuries – but that's another matter!).

Two further considerations add to his interest and appeal: (1) he may well have been of Hebraeo-Irish identity (yes! even back then, in the seventh century);  and (2) like the many other authors involved in the Irish cultural ferment of the period, VMG wrote his measured, carefully calculated, much considered pieces in a society that was not only extremely violent, but that was subject to frequent devastating plagues and other scourges. If they had the presence of mind to remain calm as they composed, then – virus or no virus – we owe it to them to do likewise as we study their compositions.

Virgilius Maro Grammaticus (fl. c.650), an enigmatic author, was occasionally named (wrongly) in nineteenth-century scholarship ‘Virgilius of Toulouse’, and thought by some modern writers to have been either Visigothic Spanish (B. Bischoff), or British (V. Law), but he is more likely to have been an Irishman. He even features in Umberto Eco's Il nome della rosa (where the canny William of Baskerville correctly surmises his identity). The writings of Virgilius, ‘Epitomes’ (epitomae) and ‘Letters’ (epistolae), are among the most puzzling medieval texts that have come down to us. The first is modelled on the most famous Latin grammar of Late Antiquity, the ‘Ars maior’ of Aelius Donatus (fl. c.350, teacher of St Jerome), while the ‘Epistolae’, in dealing only with the eight parts of speech, correspond to Donatus's shorter, more basic work, the ‘Ars minor’, but there the comparison ends. Virgilius teaches grammatical forms and constructions nowhere found in ancient Latin grammar, while the doctrine taught, and the language used to teach it, are often outlandish (described by a modern scholar as ‘liberation philology’).

What marks off the two works most from other medieval Latin grammars, however, is the non-grammatical doctrine added to the discussion, and the authorities cited in support of Virgilius's various theories. Though much of the exposition concerns problems familiar to the classical grammarians, Virgilius dispenses with their examples and invents his own; these are almost invariably fantastic. Where grammars are relentlessly dour and impersonal, Virgilius populates his works with a bizarre cast of pseudo-classical ‘authorities’ that are clearly intended as pastiche. Besides citing Cicero, Quintilian, and Varro (from works of theirs otherwise unknown), and a host of superficially authentic authors, he also knows a Donatus of Troy (reputed to have lived 1,000 years), three Virgils and three Vulcans, a Carthaginian sibyl, and others who rejoice under the names of Blastus, Galbungus, and Gurgilius. Also included are Gregorius, an Egyptian who wrote 3,000 books on Greek history, and his own teacher, Virgil of Asia, who was the author of a ‘noble book’ (liber nobilis) on the subject of twelve latinities. Two of these pedants argued virulently for fourteen days and nights about whether the word ego (‘I’) had a vocative case. Two others engage in a two-week-long dispute about an obscure form of a verb.

In all this, however, there is a great deal of serious philological discussion, with a genuine didactic purpose; indeed many of Virgilius's theories are remarkably prescient of modern-day linguistic concepts (metalinguistics). Thus the ‘Epitomae’, for example, opens with several chapters on units smaller than the word, and Virgilius distinguishes between verbum (word) considered as a semantic entity, and fonum (word) considered as a physical or formal unit (like vox, dictio, locutio, etc. in the classical grammars). This lexical innovation (which also includes other alternations such as sententia/quassum and videre/vidare) reveals manifold levels of signification whose aim is to distinguish between corporeal and non-corporeal aspects of the same linguistic phenomenon. Virgilius also remarks that readers often have a ‘feel’ about words not unlike the sense of taste (sapor) in the body. This subliminal process he also uses to explain the ‘discretionary’ placement of the stress accent in words, which is used mainly (maxime) to differentiate homonyms, but which has wider applications as well.

In all this Virgilius may be reflecting contemporary Irish thinking as found in vernacular Old Irish texts, for example the distinction between focul (a stressed word) and iarmbérla (an unstressed word). Likewise the doctrine of twelve latinities may be a reflection of the doctrine in early Irish metrical tracts that speaks of twelve bérlai, whose application is significant for Old Irish poetics in the first instance, and only subsequently in linguistics. He also indicates familiarity with the distinctive features of Old Irish vernacular syntax and morphology. Beside these seemingly serious views, however, are the doctrine of ‘word scrambling’ or ‘code-breaking’ (scinderatio fonorum), and 101 other weird and wonderful theories.

Scholars are not yet decided whether Virgilius was an arger Schalk (a charlatan, as one German described him) or an inspired teacher who combined the twin traditions of Latin grammar and biblical exegesis to produce a genuinely innovative and exciting philosophy, which argued for a recognition of the diversity of knowledge and the folly of confining the search for truth to one route, to the exclusion of all others. His purpose was apparently to sharpen the wits of his students by testing them with all kinds of word-games, teasers, riddles, puzzles and puns, in order to make them think. What marks out his works is the belief that wisdom lies not just in the Bible or the Church Fathers, but in the liberal arts of antiquity also, and in the philosophy of language.

Image: Glifia, meaning 'the making of riddles or puzzles' or 'obscurantism'. An example of a word coined by Virgilius Maro Grammaticus, selected by Dr Anthony Harvey to illustrate his biography.