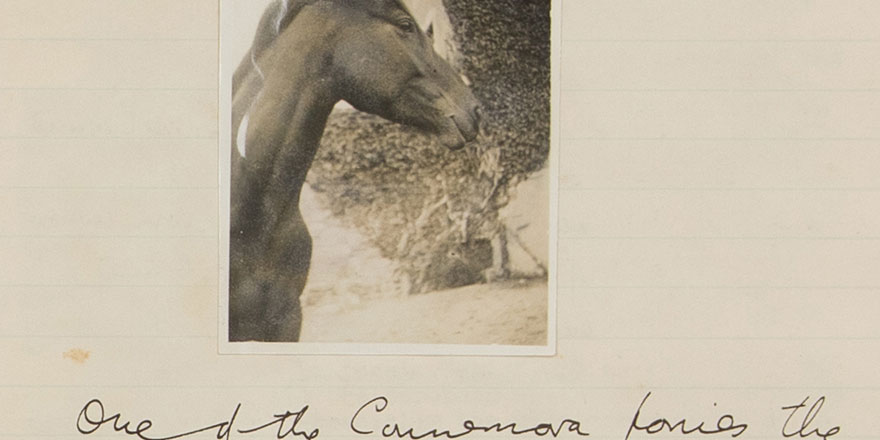 As part of World Digital Preservation Day celebrations, the Digital Repository of Ireland (DRI) is delighted to announce that Dublin City University (DCU) Library has published its first collection on the Repository –  the diaries of the former Irish diplomat, Seán Lester.

DCU Library provides information, content, and collection and library services on 3 campuses. They joined DRI in late 2020 to benefit from mutual sharing of technical knowledge and expertise, training and liaison opportunities, and preservation support and enhanced discoverability for DCU digital projects and collections.

The developments in service delivery and the academic landscape place an even greater emphasis on the advantages and possibilities of digital publication.  As a member of DRI, we are keen to actively contribute to this growing user community and gain benefits from the expertise and experience of the DRI team.  Over the coming months, we hope to use the DRI platform to share some of our digitised material and develop our skills in digital preservation and access. [1]

DRI is pleased to be able to preserve the 'Seán Lester Collection' for sustained access.

Lester’s personal papers cover his years as a High Commissioner of the League of Nations in the Free City of Danzig (now Gdańsk) in the mid-1930s, and subsequently his time in Geneva during the League’s remaining years.

Lester, one of Ireland’s foremost diplomats, became High Commissioner in Danzig in 1934, during a period of increasing Nazi control of the city. He returned to Geneva in 1937, and was appointed Deputy Secretary General of the League of Nations in 1940, remaining there until the functions of the League were replaced by the United Nations in 1946. 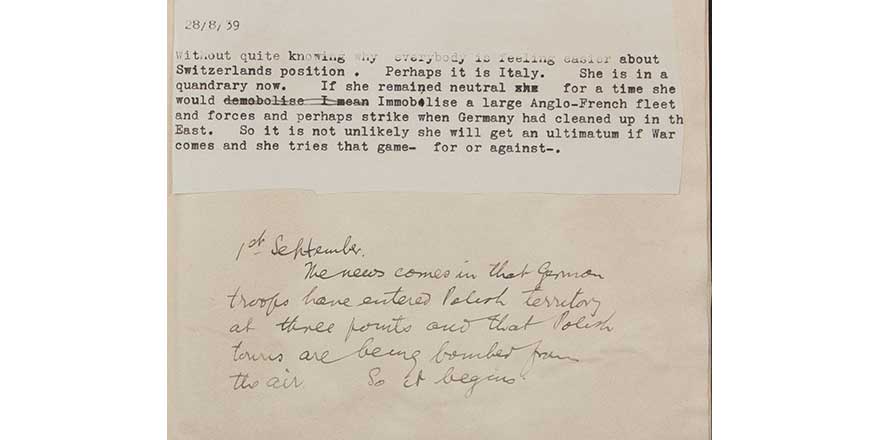 Image: Diary entry, 1st September, 1939 [IE DCUA C1/7/c1_7_0006]. From Diary 7.
The script reads: 'The news comes in that German troops have entered Polish territory at three points and that Polish towns are being bombed from the air. So it begins'.

The collection contains diaries kept by Lester from 1935 to 1942. During World War II, he buried the diaries in a metal case near the League of Nations headquarters in Geneva. After the war ended, Lester retrieved the case and returned with the diaries to Ireland where this collection was subsequently donated to DCU Library by Patricia Kilroy and Ann Gorski, daughters of Seán Lester.

The diaries include accounts of Lester's family gatherings such as holidays in Clifden.

While in Geneva, Lester was in contact with James Joyce and his family, assisting in obtaining a visa for their daughter Lucia. One particularly poignant letter stands out written by Lester to Nora Barnacle, Joyce's wife, lamenting the passing of Joyce and commenting on his literary legacy to the world. Lester remarked: 'I found him so charming and so unspoiled by his world fame and I was looking with very real pleasure to spending some good evenings with him'.

DRI is looking forward to continuing our fruitful collaborations with DCU Library to ensure that their culturally significant collections are preserved for long-term access and can be discovered and enjoyed by a wide audience. Keep an eye on the DRI Twitter feed for further collection announcements!

Artilce image: Photo of Connemara Pony [IE DCUA C1/9/c1_9_0061]. Photo taken by Ann Lester (Gorski). The script reads: 'One of the Connemara Ponies the girls had last summer at Ardagh. Photo by Ann with Patsy’s Camera'. 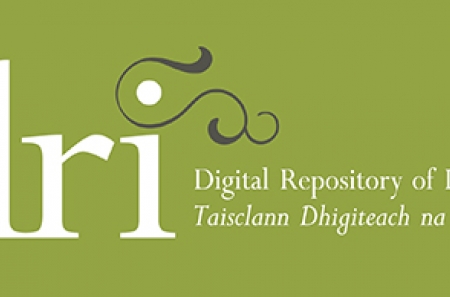 The Digital Repository of Ireland (DRI) has published a new collection of training videos exploring topics such as preparing metadata, navigating DRI’s repository, and ingesting and publishing digital objects. 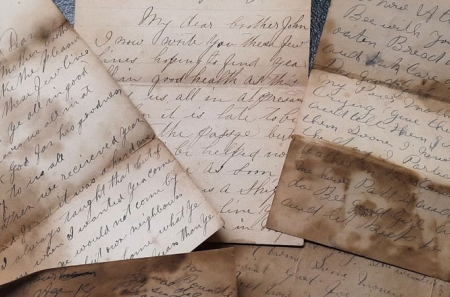 The Digital Repository of Ireland (DRI) is delighted to announce the winners of the DRI Community Archive Scheme 2022 – Tulsk History Society and Bray Arts. 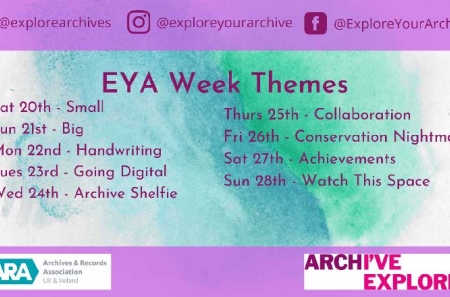 The Digital Repository of Ireland (DRI) is excited to announce that we will be launching a DRI Instagram account during  Explore Your Archive (EYA) Week, which runs from 20-28 November 2021.