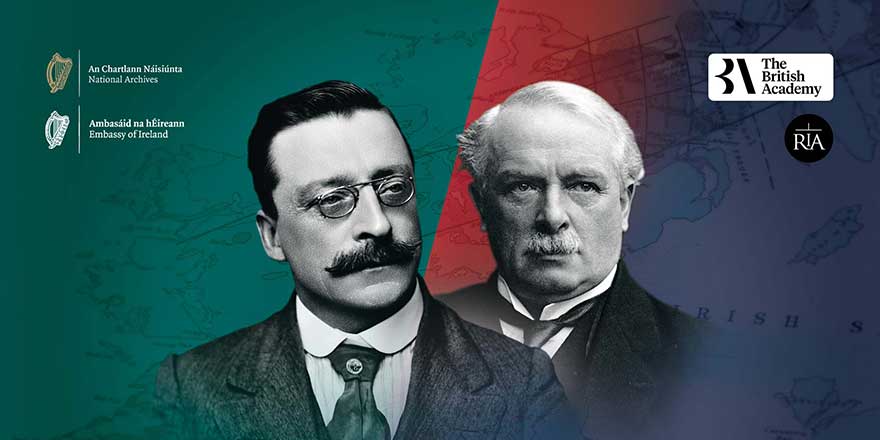 Documents on Irish Foreign Policy (DIFP) has been involved in developing the National Archives' forthcoming centenary exhibition on the Anglo-Irish Treaty, recently previewed at the British Academy in London

To mark the centenary of the beginning of the negotiations in October 1921, a preview of the exhibition was successfully hosted from 12-23 October at the British Academy, in partnership with the Embassy of Ireland, Great Britain. On 18 October DIFP Assistant Editor Dr John Gibney took part in a panel discussion at the London embassy on the implications and legacies of the Treaty, alongside Professor Marianne Elliott OBE FBA Hon. MRIA, former Director of the Institute of Irish Studies, University of Liverpool, Professor Roy Foster FBA Hon. MRIA, Emeritus Professor of Irish History, University of Oxford, and Dr Margaret O'Callaghan, Reader in History and Politics, Queen's University Belfast. This formed part of a wider programme of events being hosted by the embassy to mark the centenary of the negotiation and signing of the Treaty. 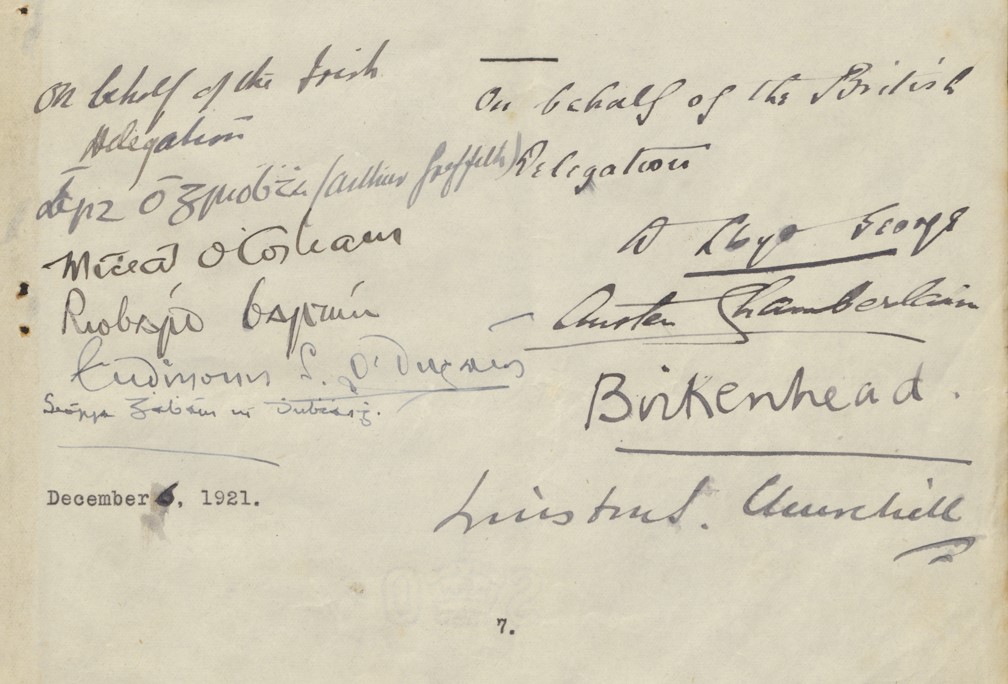 The signature page of the Irish copy of the Anglo-Irish Treaty. Reproduced by permission of the Director of the National Archives.