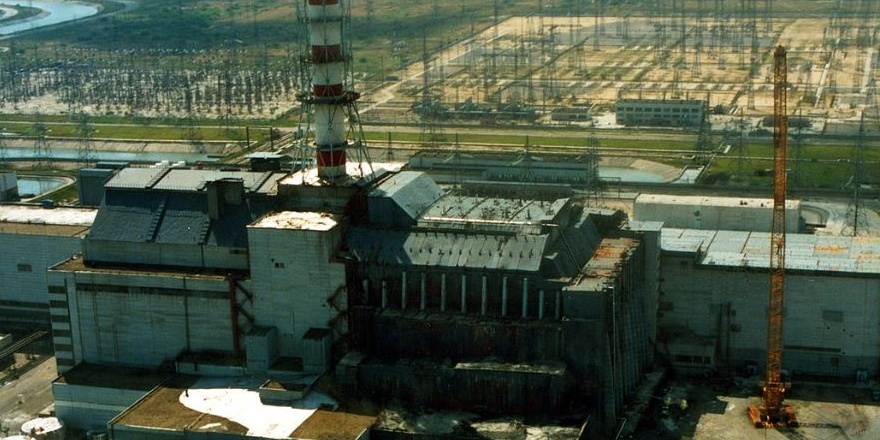 On 26 April 1986 the No. 4 nuclear reactor at Chernobyl Power Plant exploded, expelling large quantities of radioactive contamination into the atmosphere. The resulting fire took more than a week to extinguish, significantly exacerbating the accident’s environmental impact. While the fallout was concentrated most heavily in Belarus, Ukraine and Russia, radioactive contamination was detected across Europe and further afield. Information on the severity of the accident was initially difficult to obtain, with the Soviet government slow to release details. Ireland’s embassy in Moscow proved to be a vital conduit for information over the following weeks and months, while the Irish government also worked closely with its partners in the European Community to devise a common strategy for dealing with Chernobyl’s impact on Europe’s agriculture and trade relations.

Chernobyl returned to the news earlier this year, mainly in relation to the acclaimed HBO miniseries on the disaster. Our November exhibits looks at how the Irish government dealt with the aftermath. The documents on display include a copy of a telex sent on 29 April 1986, from the Department of Foreign Affairs to Ireland’s embassy in Moscow, requesting any information available on the accident at Chernobyl. The request reflected the difficulties faced by the international community in securing early and reliable information from the Soviet government on the severity of the incident. Also included is a statement from the Nuclear Energy Board, dated 12 May 1986, concerning the levels of radioactive contamination in Ireland’s milk supply. According to the Board’s observations, Ireland suffered from significantly lower levels of radioactive fallout than many other parts of Europe. And following on from that is an invitation to Peter Barry, Minister for Foreign Affairs, from Hugh Quigley of the University Industry Centre at UCD. Quigley hoped the Minister would attend a seminar on radiation, organised by UCD and St Vincent’s Hospital, in response to public concerns about the health hazards associated with radioactive fallout from the Chernobyl accident.

The exhibition is on display throughout November 2019 in the lobby of the National Archives of Ireland, Bishop Street, Dublin 8, which is open from 9.30am to 5pm Monday to Friday. The documents on display, along with some additional items, can also be viewed online here.