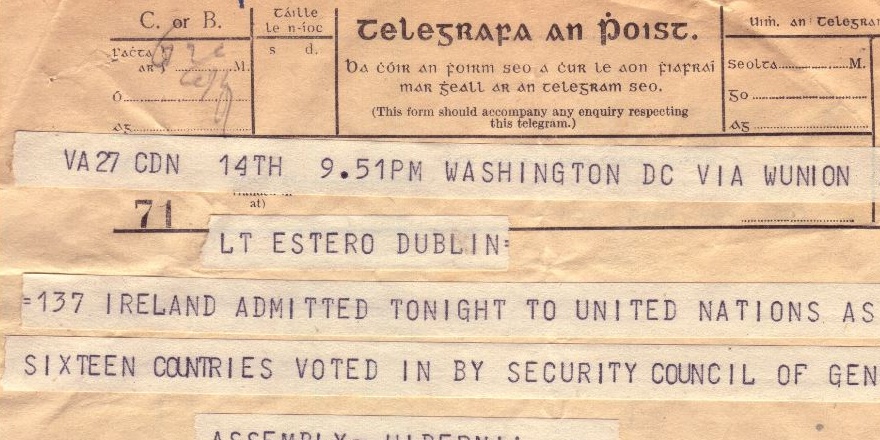 The exhibition is on display throughout December 2019 in the lobby of the National Archives of Ireland, Bishop Street, Dublin 8, which is open from 9.30am to 5pm Monday to Friday. The documents on display can also be viewed online here.

Read and download our booklet on Ireland’s admission to the UN, originally produced to mark sixty years of Irish UN membership, and available here via the Digital Repository of Ireland.

Above: The telegram providing official confirmation to the Department of External Affairs in Dublin that, after a nine-year wait due to a Soviet veto of its 1946 application, Ireland had at last been admitted to the United Nations, 14 December 1955 (National Archives of Ireland).