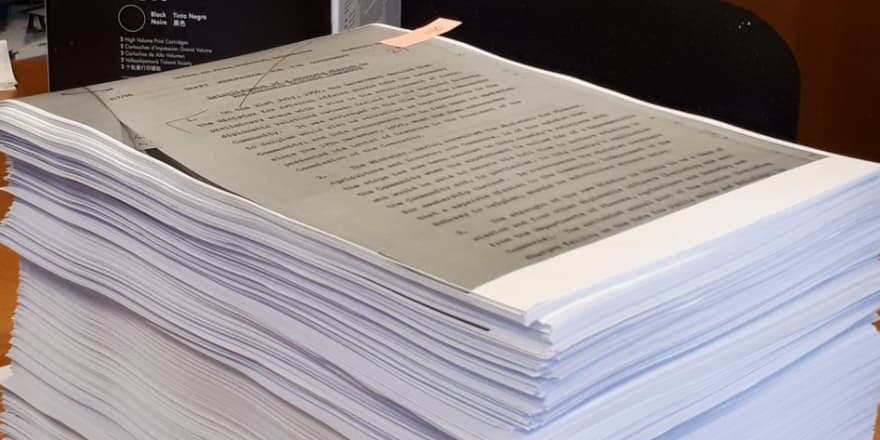 Documents on Irish Foreign Policy (DIFP) resulted from an initiative in the 1996 White Paper on Irish Foreign Policy Challenges and opportunities abroad  to ‘encourage a greater interest in Irish foreign policy’ and to ‘encourage and assist greater academic interest in the study of Irish foreign policy’ (para 16:48).  The series was established in 1997 as a partnership between the Royal Irish Academy (RIA), the Department of Foreign Affairs and Trade (DFAT) and the National Archives of Ireland (NAI).

DIFP has published a volume of selected documents every two years, with volume XI appearing in November 2018.  DIFP XII will be published in November 2020.  Since 2007 DIFP has also developed a significant online presence. To date the text of volumes I to VII of DIFP has been made available online with volumes VIII to X to appear in the coming years. In addition, DIFP engages in considerable outreach activities in Ireland and internationally, and also provides specialist advice on historical issues to DFAT.

At the core of DIFP are the series editors.  Each with a specialist archivally-based knowledge of the history of Irish foreign policy within a wider international context, they comprise DIFP’s permanent staff and academics from universities across Ireland who are established experts in the field.

The Royal Irish Academy wishes to strategically expand the group of editors of the DIFP series by appointing up to two additional editors to the series. This is an unpaid honorary position which will require attending project meetings in Dublin in March, June, September and December each year as well as considerable detailed reading and editing work over the December to January period of the DIFP research and publication schedule.

The key requirements and competencies for the post are:-

1: that the person(s) appointed be an authority in the field of the post-1945 history of Irish foreign policy, diplomacy and international relations, within the broader framework of Irish political, economic and social development. They must have tenure in a relevant academic institution, have a doctorate in a relevant field or area and show:

2: appropriate knowledge and understanding of the history of Irish foreign policy, particularly in relation to the wider processes of transatlantic relations, European economic and security integration, relations with the developing world and other fields on which future volumes in the DIFP series will focus;

3: experience in carrying out research in the post-1945 archives of DFAT and of other government departments and agencies, and familiarity with other national and international archives relevant to the history of Irish foreign policy;

4: an appropriate record of relevant academic publications and research appropriate to the post-1945 era;

5: a proven record in academic editing;

6: familiarity with web-based resources for the study of the history of foreign policy internationally;

7: willingness to work pro bono, in conjunction with fellow editors, in the exacting process of selecting documents for DIFP volumes over the December and January period of the research schedule, and in the carrying out of appropriate editorial tasks during the preparation of each volume for publication;

8: willingness to attend four meetings of the editors and two of the editorial advisory board in Dublin as well as document selection meetings in the January of the publication year.

Appointment and term(s) of appointment.

The appointment will commence in advance of the beginning of the research cycle for DIFP XIII (January 2021) and will be for a maximum of three volumes in the DIFP series, that being until November 2026, with a possible reappointment for a further three volumes (to 2032).

Interested parties should send an A4-page letter stating their expression of interest accompanied by a short CV (maximum two pages) in MS Word or PDF format to difp@ria.ie.

Material received after this date and time will not be considered.