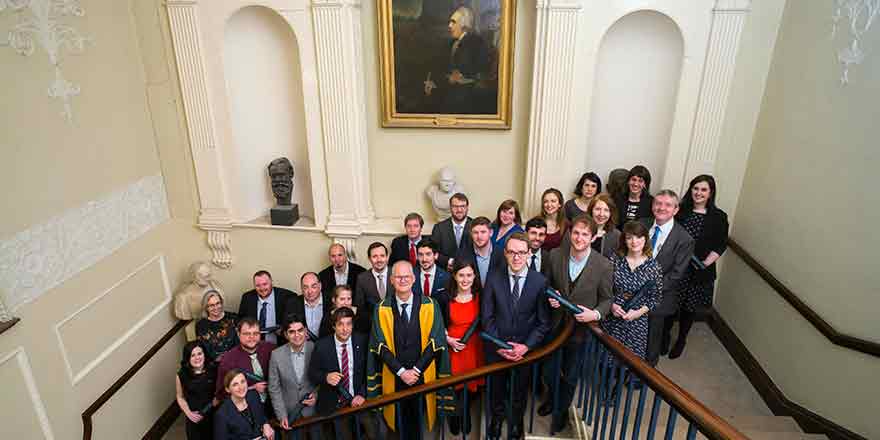 On Monday 19 February, the 2018 class of Charlemont Scholars were presented with their certificates at an awards ceremony for invited guests, friends and family.

Professor Michael Peter Kennedy, President of the Royal Irish Academy, presented the 2018 Charlemont scholars with their certificates and congratulated them on their success. Professor Kennedy noted the importance of the award and the diversity of disciplines awarded.

“The Charlemont Grants have a very special place in the intellectual life of the Royal Irish Academy, because they are awarded to researchers in the early stages of their careers. These awards are designed to act as a career springboard by assisting scholars in strengthening their international mobility and developing international collaborative networks. Charlemont grantees are drawn from the humanities, social sciences and natural sciences on the island of Ireland, and therefore speak to one of the Academy’s most fundamental missions by identifying and encouraging excellence in all areas of scholarship in Ireland.”

Peter McHugh, International Affairs Secretary of the Academy highlighted the importance of travel and the cross pollination of ideas for research. Professor McHugh announced the scholars, their institutions and the destinations they will be travelling to. The diversity of locations included Romania, Barbados, New Zealand and South Africa.

Two of the RIA’s former Charlemont Scholars, Dr Amanda Phelan from the 2011 cohort and Dr Federico Ferretti from the 2017 cohort were invited to speak at the ceremony. They detailed their experiences of the scheme when they travelled to Cornell University, New York and University of São Paulo Brazil respectively to further Dr Phelan’s research of a screening tool for elder abuse and Dr Ferretti’s study of historical geographies of critical development. Speaking at the event they highlighted the impact that the award has had in terms of advancing their research and careers, with Dr Ferretti stating:

“I am outstandingly happy with the results obtained, as I could access materials which allowed me to write three papers for international peer-reviewed top-ranked journals in geography. These materials were also useful to prepare my submission for an IRC Laureate Award, which aims to continue and extend this project.”

Named in honour of the Academy’s first President James Caulfeild, the 1st Earl of Charlemont (1728–99), this scheme is the successor to the acclaimed Mobility Grants, which was established by the Academy in 2007. Building on the success of the scheme, the Charlemont Grants are unique in offering funding for short international research trips, to support primary research in any area.

Since its inception the scheme has had a significant impact. It has funded over 233 projects and sent researchers to over fifty countries.  Charlemont Grants fund between 20 and 30 individual grantees each year in the sciences, humanities and social sciences. In 2018 the Academy awarded 29 recipients.

Guests at the ceremony included members of the Irish higher education system, Members of the Academy and Council, former Charlemont scholars and friends and family of the current award winners.

Further information on the scheme and the full range of Academy grants on offer are available through our dedicated grants pages. The call for applications to the 2019 Charlemont Grants scheme will open in early autumn.

If you would like to receive a notification for the 2019 call for applications, please email: grants@ria.ie 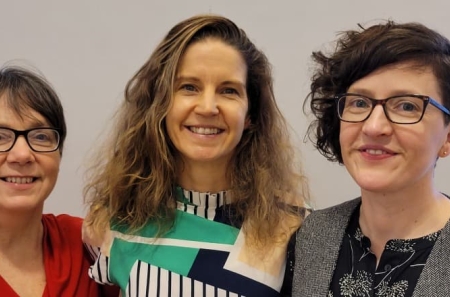