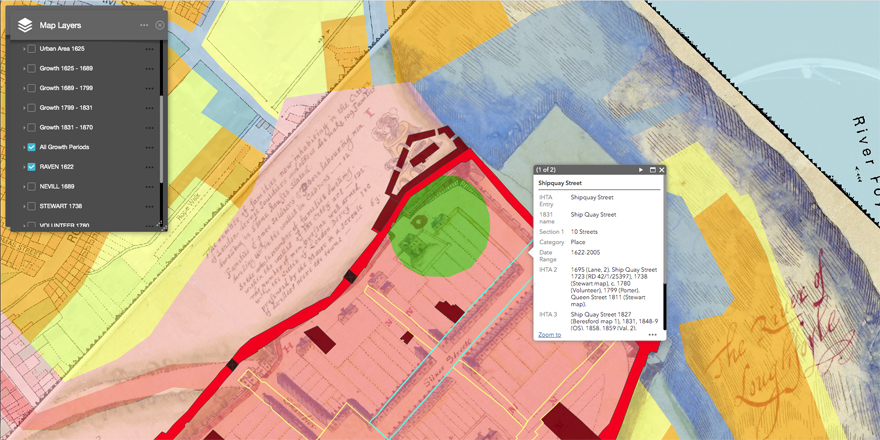 In the Royal Irish Academy's educational resources series, Rachel Murphy (University of Limerick) discusses how GIS and the IHTA can be used in third-level history.

The Irish Historic Towns Atlas and associated publications are very useful resources for teaching Irish urban history.  Once of the first things that I ask students to discuss when teaching urban history is why towns are located where they are. We might start by looking at the origin of towns map (mentioned already by Ruth McManus) and considering why certain towns are located where they are. What were the prime concerns for people when settling and what kind of environments were they selecting?  The digital atlases can be a good route into discussing reasons for settlement in a particular location as they allow students to see the general topography of a region. As the online atlases are not confined to a specific scale, students can zoom in and out to get a sense of the natural environment surrounding a town on a modern map. Is it situated on the coast, or by a river?  Was the site flat or sloping? 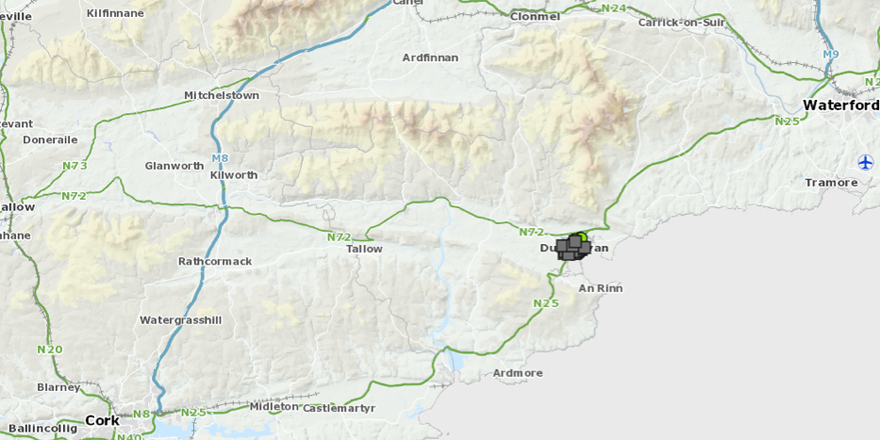 In the case of Dungarvan, recently made available freely online, students can see that the town is located on the estuary of the River Colligan, and when they zoom out of the map it is clear that it lies in a relatively flat area, bounded by the Knockmealdown and Monavillagh mountains (see Fig. 1). We discuss the benefits of these topographical features and the coastal location to early settlers. At this stage I might also introduce students to the Geological Survey of Ireland’s map-viewer to help them identify the underlying geology — which in this case is limestone — and ask them to consider whether this may have also played a factor selection of location.

Jacinta Prunty and H.B. Clarke’s Reading the Maps: A Guide to the Irish Historic Towns Atlas (Dublin, 2011) is a useful teaching aid for Irish urban history.  Section D of the book has been published online and examines key periods in the history of town life.  I might suggest students read the section on Anglo-Norman towns, which features Carrickfergus as a case study, to familiarise themselves with some of the key features of these towns, such as markets, defensive walls and gates. I then open the discussion out to consider other towns such as Dungarvan, encouraging students to take a comparative perspective. Students can examine Dungarvan’s Anglo-Norman urban fabric by performing a query within the online atlas to see which features existed towards the end of the high middle ages. 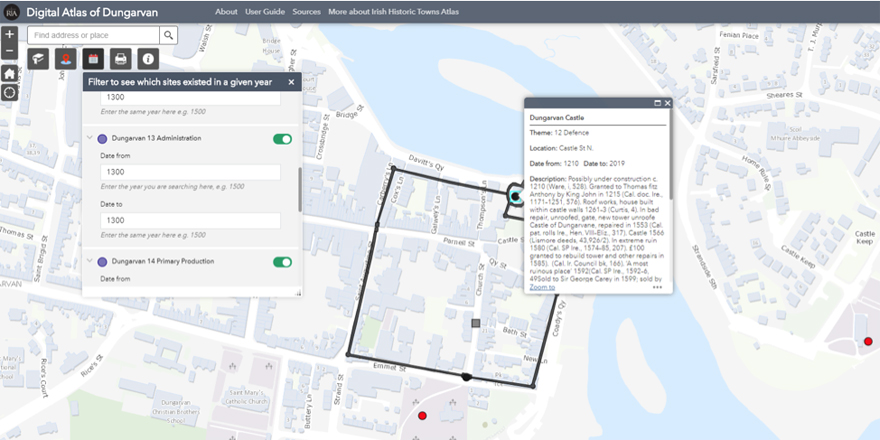 Fig. 2 shows the results of this query.  Features are symbolised according to theme: streets are signified by grey squares, defensive features by black markers and religious ones by red. Here the town walls have been highlighted, along with Dungarvan castle, St Augustine’s Church and St Mary’s Church. Students are asked to identify the features and learn about their history; they do this by clicking on the markers to open a pop-up box which provides the associated topographical information.

I also use the atlases to teach about towns thematically.  Part of the Devonshire estate, Dungarvan experienced a period of rapid growth and development following the Act of Union in 1801.  A new market square was created and, as transport networks developed, so did business opportunities.  Typically I might ask students to focus on the themes of manufacturing, trades and services, to examine the social and economic environment of mid-nineteenth-century Dungarvan. For this exercise I recommend students use the Map 2 key map, depicting Dungarvan 1841–51, as a base-map. 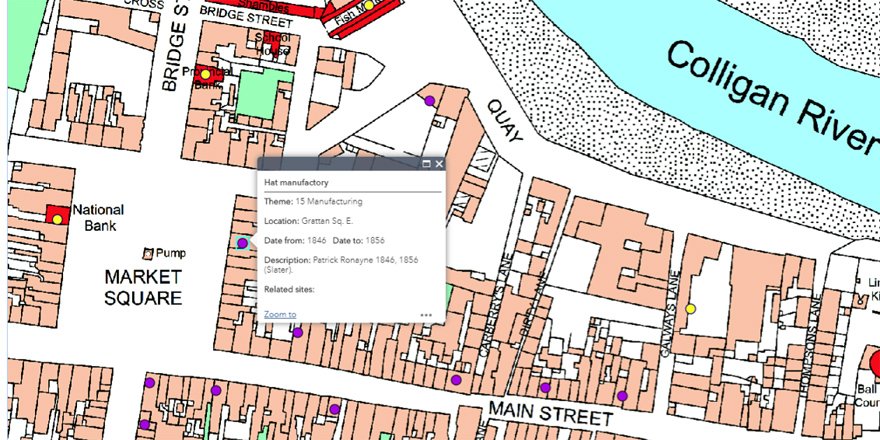 Fig. 3 shows the features that display following this query. The purple items relate to manufacturing — to the east side of Market Square is a hat manufactory, one of several in the town.  There is a cluster of boot and shoe manufactories to the south of the square, while along Main Street is a tobacco manufactory and a watchmaker. The Devonshire Arms Hotel is a new addition to Dungarvan’s urban environment, as are two banks: the National Bank on Market Square and the Provincial Bank on Bridge Street. What might these features indicate about Dungarvan as a mid-nineteenth century town? We also talk about the trades and services that are located near to the quay to the north of the map: the shambles (or slaughterhouse), the fish market and (opposite the fishmarket) the tannery, signified by the purple dot.  Why are these trades located here, and what would the area have smelled like? Following on from these initial discussions, students might then conduct a study of a specific industry or trade during this period.  For more on how to use the Digital Atlas of Dungarvan, there is an introductory StoryMap here that includes tips and tutorial videos.

As the atlases are structured in a uniform way, they are ideal for comparative studies so I encourage students to look at the other online Irish Historic Towns Atlases in the collection. While many of the atlases are available online in scanned and searchable form, and the printed fascicles available to view in the Glucksman’s Library’s Archives and Special Collections and all university libraries, these interactive digital atlases are a great route in to urban history for students and I look forward to seeing more being developed.