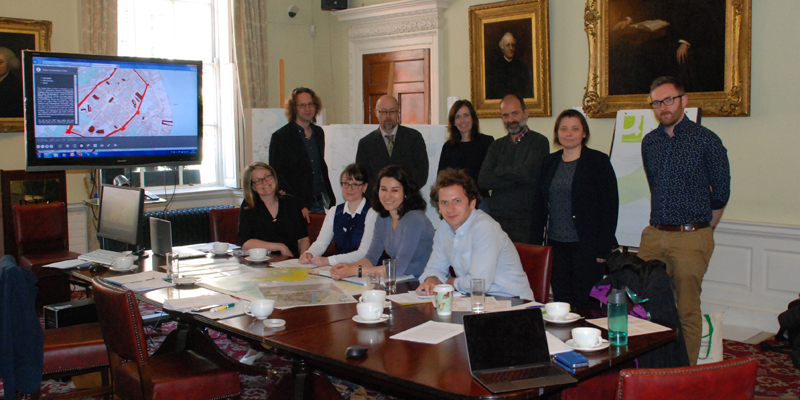 An international workshop examining the base map for the Historic Towns Atlas took place in Academy House with pariticpants from the Irish, British, Hungarian, Polish and German projects.

Convened by Sarah Gearty (Irish Historic Towns Atlas, Royal Irish Academy), Keith Lilley (Historic Towns Trust and Queen's University Belfast) and Daniel Stracke (Institute for Comparative Urban History, Münster), both paper and digital methods of mapping the core or base map of the Historic Towns Atlas with some European colleagues took place in Academy House on the 16 and 17 May 2018. 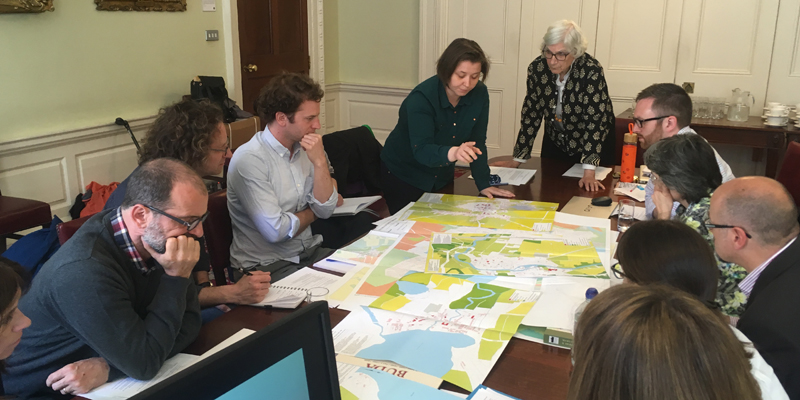 Agnieszka Pilarska, Poland, showed some examples from her project

The focus was on the most important feature of the Historic Towns Atlases, the 1:2500 base map, which each atlas in the European scheme features. It is the main map and primary source for analysis in urban morphological studies. The event was held to follow up on the more general meeting of the previous year hosted by the Institut für vergleichende Städtegeschichte (IStG) in Münster reiterating the use of Geographic Information Systems (GIS) in the production of Historic Towns Atlases. Bringing together 13 colleagues from Ireland, the United Kingdom, Hungary, Poland, and Germany, the group was small enough for a hands-on approach to the comparison of working methods. Before the digital practices were explored, however, print copies of the 1:2500 map were laid out on the table. Each atlas team reported on the sources they use to prepare the maps as well as their cartographic properties, elements, and styles. 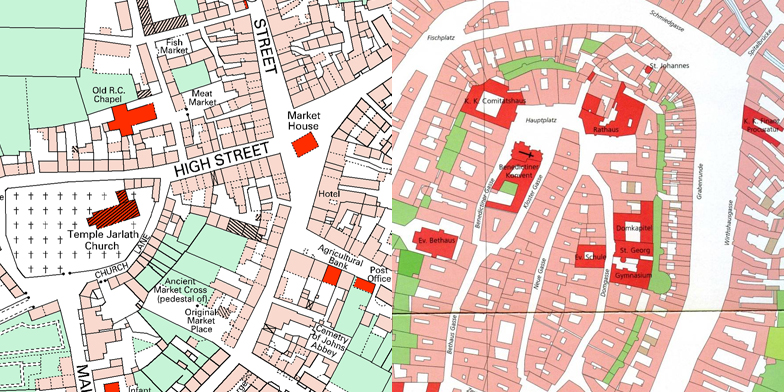 On the following day, the Irish atlas team presented their map production process in detail with the other participants commenting on commonalities and alternative methods. Regarding the crucial steps of geo-referencing and vectorisation, considerable progress was made towards Best Practice solutions. It is planned to publish the findings of this workshop.