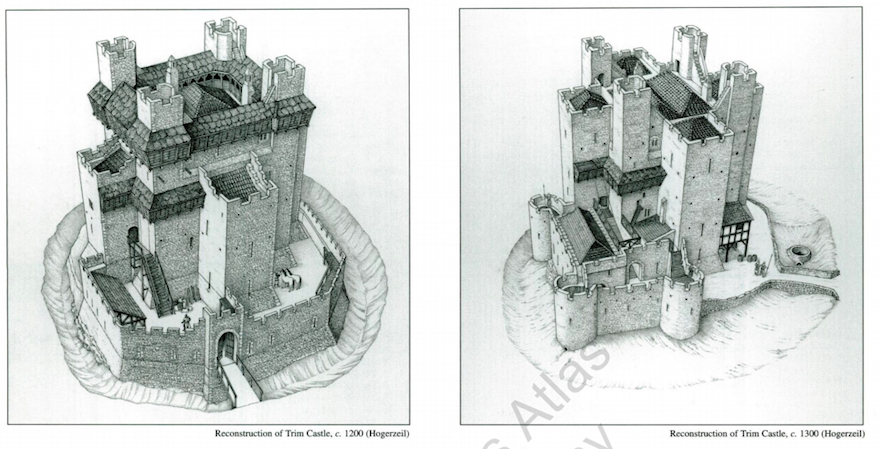 For some more Lockdown Reading over the coming weeks we are revisiting the expert essays that were published along side the launch of each of the IHTA Online town types: 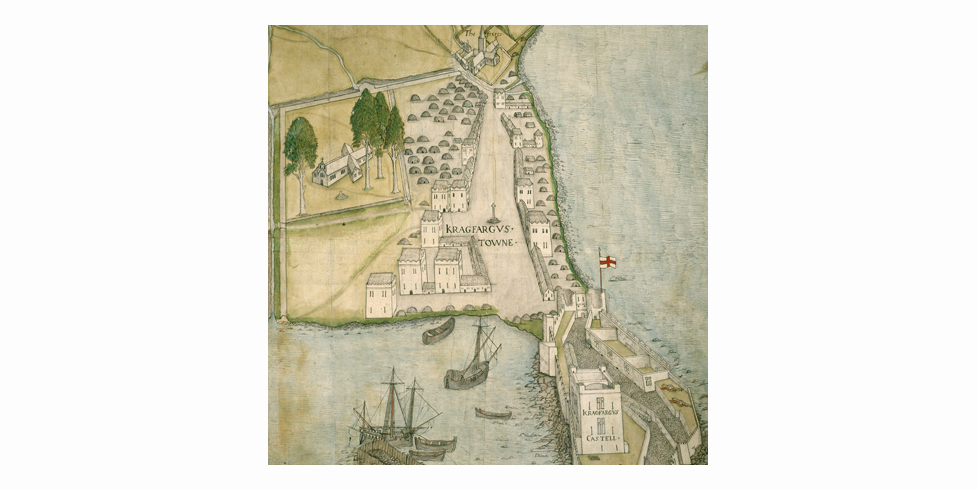 'Kragfargus towne', c. 1560. BL, Cotton MS Augustus I, ii, 42. It appears as Map 4 in IHTA no. 2 Carrickferfgus by Philip Robinson (Royal Irish Academy, Dublin, 1986). The third in the series is by Michael Potterton who highlights the vast expansion of exisiting monastic and Viking urban centres as well as creation of new towns on green field sites in Ireland.

To go directly to the IHTA towns of nos. 2 Carrickgergus, by Philip Robinson; 5 Mullingar, by J.H. Andrews with Mary Davies; 6 Athlone, by Harman Murtagh; 10 Kilkenny, by John Bradely; 13 Fethard, by Tadhg O'Keeffe;  14 Trim, by Mark Hennessy; 23 Carlingford, by Harold O'Sullivan and Raymond Gillespie, 24 Sligo, by Fióna Gallagher and Marie-Louise Legg and 27 Youghal by David Kelly and Tadhg O'Keeffe click here.

To read the previous essay by Howard Clarke on the Vikng Town cick here.

To read the next essay by Raymond Gillespie on the Early Modern, Gaelic and Plantation town click here.

Cover image: Reconstruction of Trim Caslte, c. 1200 and c. 1300, by Uto Hogerzeil that appear in the Topographical Information section of IHTA no. 14, Trim by Mark Hennessy.