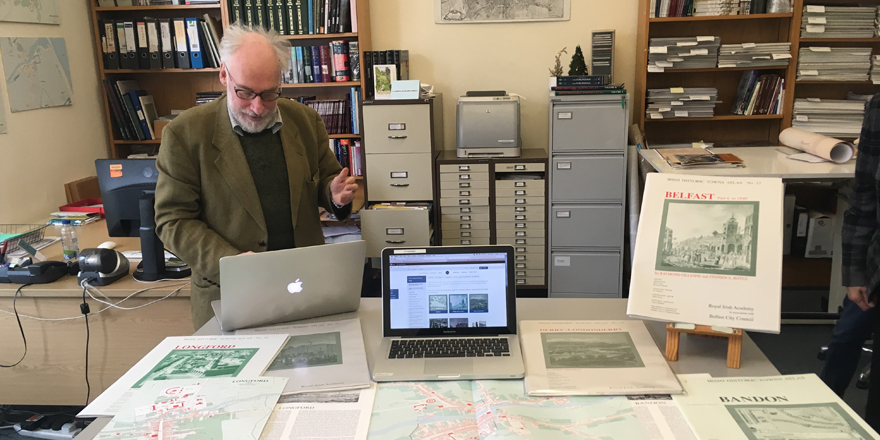 Bandon, Belfast, part I to 1840, Derry~Londonderry, Longford and Ennis are now freely available to search or download.

Raymond Gillespie, Maynooth University and chairman of the Irish Historic Towns Atlas Editorial Board, launched the latest in the series of IHTA Online atlases: Early modern, Gaelic and Plantation towns. It is the latest in the IHTA Online series and joins fifteen other atlases under the themes of Towns of Monastic Origin, Towns of Viking Origin  and Towns of Anglo-Norman Origin. 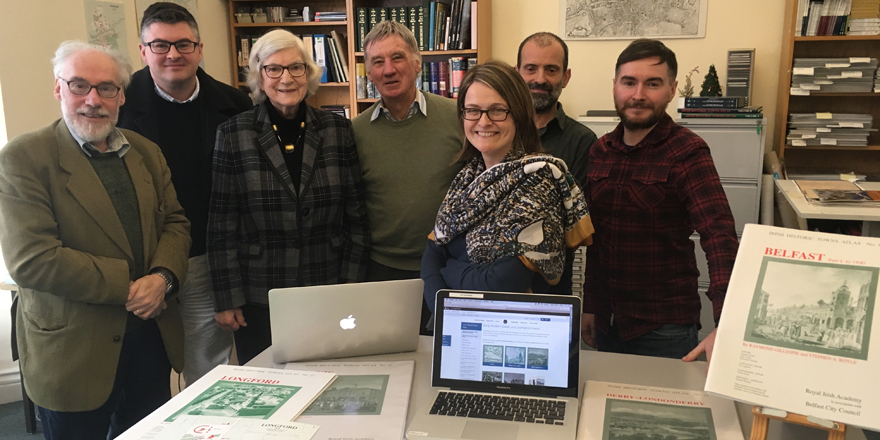 The IHTA early modern, Gaelic and plantation towns of no. 3 Bandon by Patrick O'Flanagn (1988), no. 12 Belfast, part I, to 1840 by Raymond Gillespie and Stephen A. Royle (2003), no. 15 Derry~Londonderry by Avril Thomas (2005), no. 22 Longford by Sarah Gearty, Martin Morris and Fergus O'Ferrall (2010) and no. 25 Ennis by Brian Ó Dálaigh (2012) are available to browse, download and compare with eachother as well as with the other towns already available online. There are histories of thousands of significant topographical sites and maps of the development of each early modern, Gaelic and plantation town. To accompany this launch, the chapter on Early modern, Gaelic and Plantation towns from Reading the maps: a guide to the Irish Historic Towns Atlas (Dublin, 2011) is included so the reader can contextualise the town type, see different samples from different towns and case studies.

Early Modern, Gaelic and Plantation towns can be viewed here.