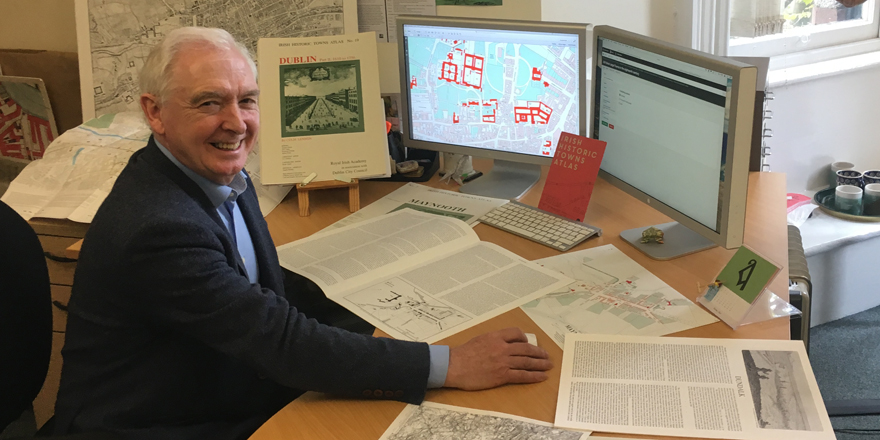 Irish Historic Towns Atlases of Maynooth, Dundalk and Dublin, part II, 1610 to 1756 are now freely available to search or download.

Colm Lennon MRIA, co-editor of the Irish Historic Towns Atlas Dublin suburbs series and author of Dublin, part II, 1610 to 1756 launched the latest in the IHTA Online series: Towns in the eighteenth century. It joins twenty other atlases under the themes of: 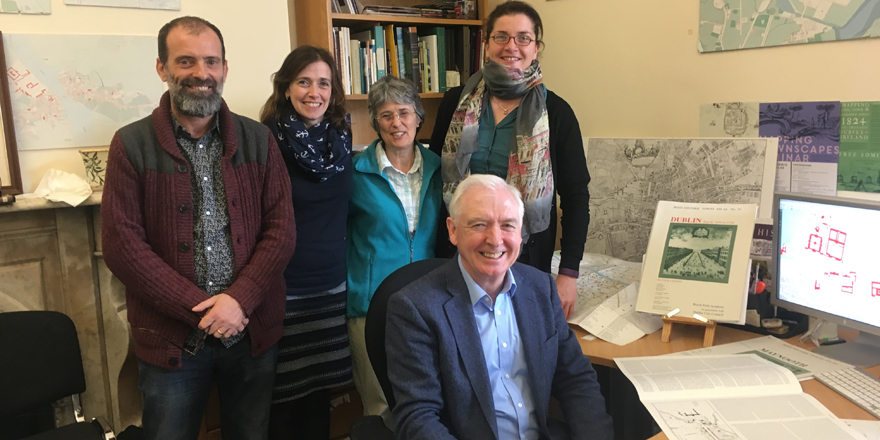 Towns in the eighteenth century

The IHTA towns in the eighteenth century of no. 7 Maynooth by Arnold Horner (1995), no. 16 Dundalk by Harold O'Sullivan (2006) and no. 19 Dublin, part II, 1610 to 1756 by Colm Lennon (2008) are available to browse, download and compare with each other as well as with the other twenty towns already available online. Maynooth, Dundalk and Dublin experienced significant development during the eighteenth century due to a variety of reasons and influences. These changes are recorded in the atlases with maps and historical documentary evidence of thousands of sites.

To accompany this launch, the chapter on Towns in the eighteenth century from Reading the maps: a guide to the Irish Historic Towns Atlas (Dublin, 2011) is included so the reader can contextualise the town type and see different samples from different towns and case studies.

Towns in the eighteenth century can be viewed here.