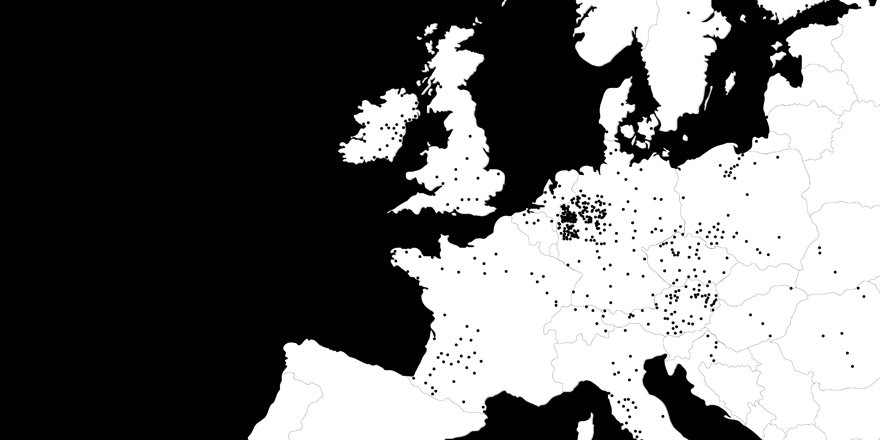 Programme: International Commission for the History of Towns conference 2022

International Commission for the History of Towns (ICHT)—2022 Conference

Addressing the overall theme of Urban Order, the ICHT 2022 programme takes a comparative historical and geographical approach to explore Crisis in Urban Order. This year is pertinent as it marks the centenary of the Partition of Ireland, and the creation of a border between ‘north’ and ‘south’ with profound implications for urban order across the island, with enduring impacts and legacies.

The ICHT 2022 conference themes encompass a range of ‘crises’ and their spatial, cultural and material impacts and manifestations on the towns and cities of Europe. The programme spans the island of Ireland, between ‘north’ and ‘south’, by being based in two locations, Dublin/Maynooth and Derry/Londonderry. It builds on an existing collaboration between the Irish Historic Towns Atlas and the British Historic Towns Atlas programmes and, in the spirit of connecting Ireland north and south in this centenary year, it is jointly convened by Dublin City University, Maynooth University, the Royal Irish Academy and Queen’s University Belfast, with support from Derry City Council.

The programme explores three manifestations of ‘crisis’ in urban order—1. Conflict and the city—impacts of war, insurrection, protest, riots; 2. Pestilence and plague—impacts of disease, climate, sanitation, supplies; 3. Religions and crisis—impacts of dissent, reformations, factionalism, heresy. The conference papers are international and range across the medieval, early modern and modern eras, encouraging comparative study, as well as enabling geographical comparisons across Europe. Topics covered by the papers include 1. Spatial order of the urban landscape; 2. Political order of urban governance; 3. Social order of population and people. Papers offer case studies of countries, regions and cities, exploring a range of spatial scales of ‘crisis in urban order’.

15:00 Accommodation check-in opens at Visitor Reception (No. 2 on accompanying map) 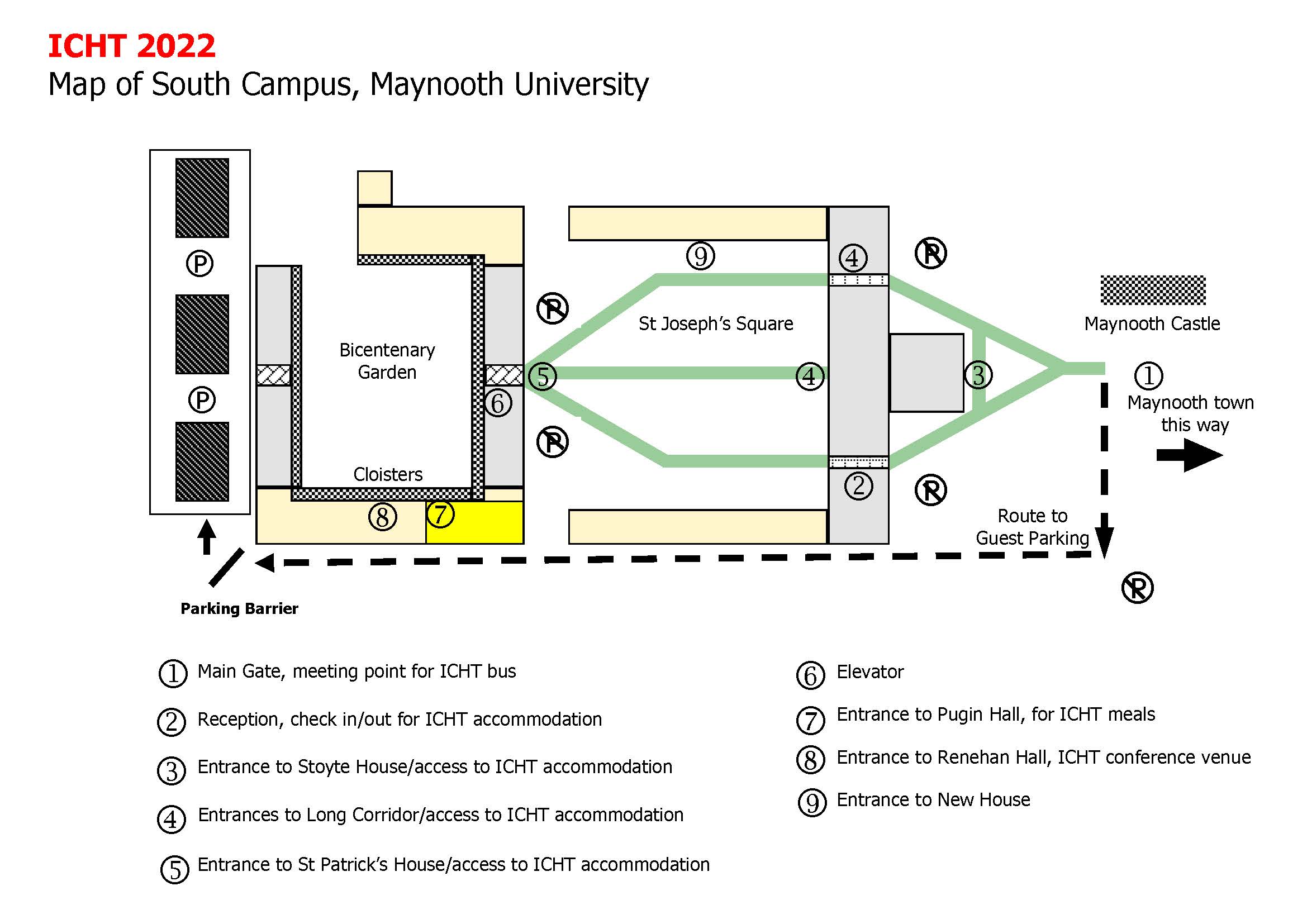 09.45–10.00: Welcome and introduction (by Keith Lilley and Michael Potterton)

14.05–14.35: Christoph Sonnlechner (Wiener Stadt- und Landesarchiv, Austria), The monster on the doorstep: the Danube as a danger to Vienna’s urban order

15.30–17.00: Walking tour of Maynooth town and castle, led by Arnold Horner (University College Dublin). Tour will begin with a presentation at Renehan Hall (No. 8)

08:15 Coach departure from Maynooth to Dublin from Main Gate (No. 1 on accompanying map)

18.30: Return to Maynooth by coach, departure from Molesworth Street (near RIA)

20.00: Informal dinner at Shipquay Hotel, Derry (at cost, for those confirmed)

The ICHT 2022 conference organisers particularly thank the following for their kind financial contributions and in-kind support of the event.

The conference organisers are particularly grateful to colleagues and staff at the Royal Irish Academy, and Guildhall and the Tower Museum in Derry, for their time and efforts.

Programme: International Commission for the History of Towns conference 2022