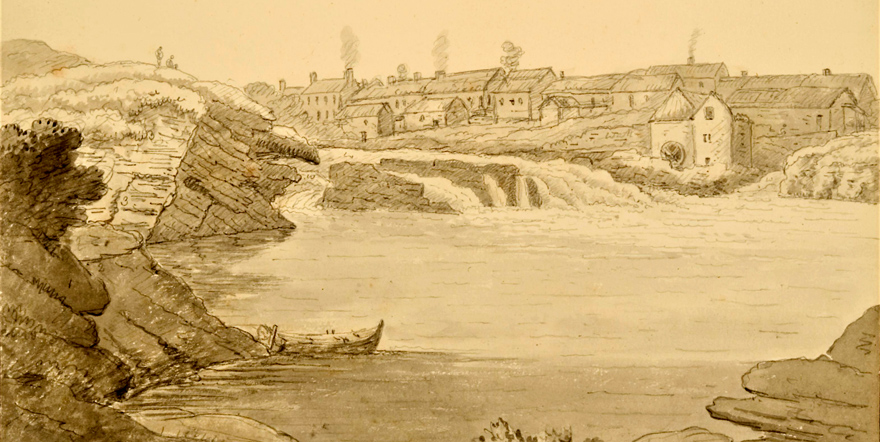 Maynooth University student Ben Callan and Irish Historic Towns Atlas Editorial Assistant and author Dr Angela Byrne share details of recent research on Ballyshannon that was carried out with the support of Creative Ireland, Donegal County Council and the Department of Culture, Heritage and the Gaeltacht.

Ballyshannon, the ancient gateway to the north-west, is the only town in County Donegal eligible for inclusion in the Irish Historic Towns Atlas series. One of the county’s designated heritage towns, for centuries it was a busy market and port that supplied the early-modern castle with French and Spanish wines, and the hinterland with imports of raw materials. In the nineteenth century, cottage industries thrived, and the town had a workhouse, fever hospital, and barracks. The Atlas of Ballyshannon, in preparation, will outline the town’s topographical history from its earliest foundations to 1900. 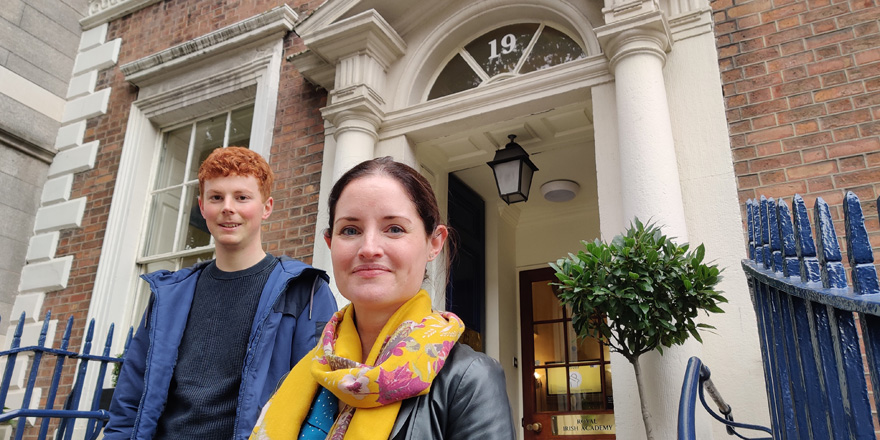 With the assistance of the Donegal Culture and Creativity Grants Scheme 2021, a body of research was produced for the atlas, using the digitised online records of the Registry of Deeds and the historic newspaper collection of the National Library of Ireland. The focus of the research was the topography and built heritage of Ballyshannon in the period prior to 1900. Ben Callan completed the research under the supervision of Ballyshannon atlas author, Dr Angela Byrne, and IHTA Cartographic Editor, Sarah Gearty.

Ben, Angela and Sarah met several times online during the project, and happily managed to have a face-to-face, socially-distanced meeting in Dublin, too. 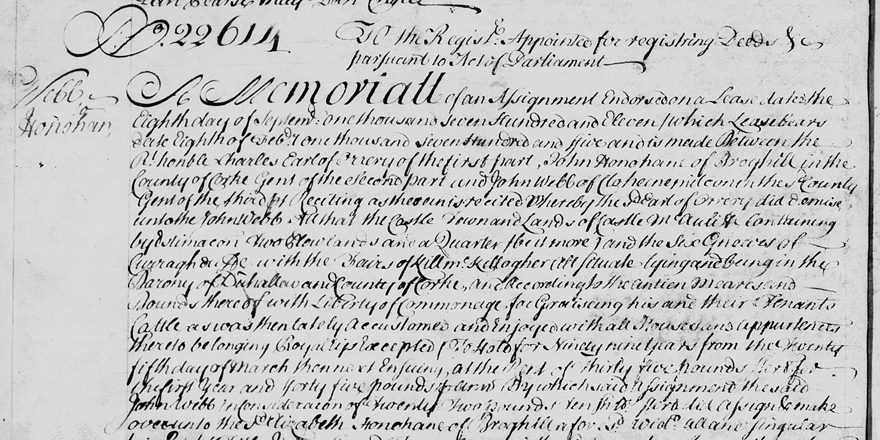 An example of the records held at the Registry of Deeds

The digitised records of the Registry of Deeds, available online via FamilySearch, contain detailed information on land ownership and usage. Research focused on the earliest records relating to Ballyshannon, spanning the period 1708–1810.

When looking at an entire town like Ballyshannon, one can use the Registry of Deeds to identify the major landholders and how landholding patterns shifted over time. Important topographical details such as the names of buildings and streets can also be found from the description of properties found within the deeds. In addition, the registry throws up other fascinating titbits of information such as the professions of those who lived in the town, their marriages, deaths, the size of their dwellings and names of fields. The process of searching the registry involves first examining the alphebetised index book for the period and location in question and then using the information therein to find the correct book (of which there are hundreds), and the correct memorial number (of which there are hundreds of thousands). Despite the vast number of entries involved, the process almost always leads you to the correct memorial. When searching the registry, one couldn’t help but feel impressed by the administrators that could produce such a vast but usable registry using only pen and paper. 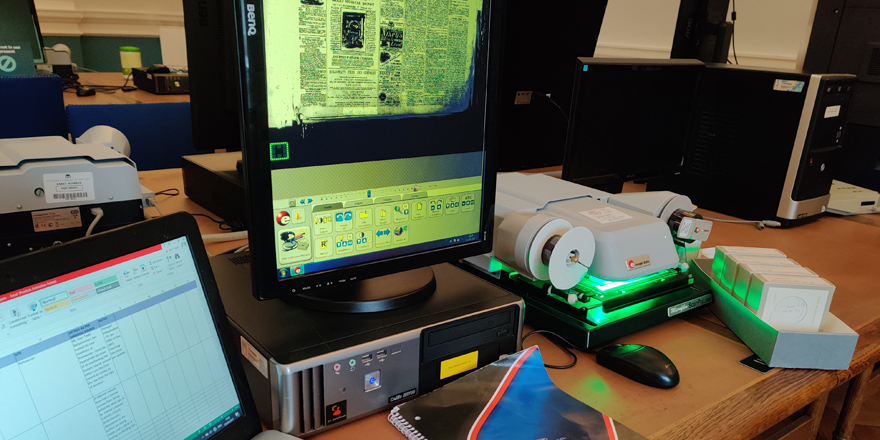 Newspaper research in progress in National Library of Ireland

Locally-published nineteenth-century newspapers held at the National Library include the Donegal Vindicator, Ballyshannon Herald, Donegal Independent, and The Liberator. These are an important source for the town’s economic and social history.

Contained on microfilm in the National Library, these locally-published newspapers provide a fascinating glimpse into daily life in Ballyshannon in the nineteenth century. During this period, much space is devoted to discussing the port and harbour, underscoring its importance to the town. Reports from the weekly meetings of the Town Commissioners, and their sometimes ferocious arguments, give an insight into local politics and the different factions within the town. In terms of topographical details, advertisements and articles can give us information regarding the various shops, manufacturers and traders in the town, while the aforementioned reports from the Town Commissioners meetings can tell us about the topography and built heritage of the town. The newspapers are also excellent sources for Ballyshannon’s social history, telling us of fishing tourism in the 1830s, the spread of cholera, a dreadful hurricane that ravaged the town in 1834 and the various clubs and societies that were formed and operated there.

Copies of this research have been deposited in the County Archives, Lifford, and in Ballyshannon Museum, for consultation by anyone with an interest in the town’s history and heritage.

Cover image: View of Ballyshannon, 1806, by Richard Hoare. By permission of the Royal Irish Academy © RIA.